99.9% of people don't know what the Facebook and Google ad algorithms work on.

The blue letter on the stamp follows us! 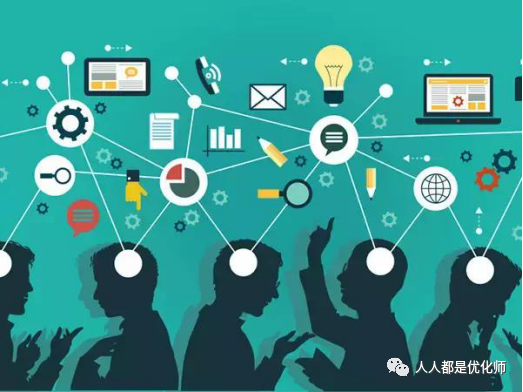 Hello everyone, this article we talk about Facebook and Google's advertising algorithm principles.

What is the Generalized Second Price system?

The basic principle is to follow the next bid to actually charge, in order to encourage advertisers to improve the footage, ad click-through rate, the actual billing formula has become

Simply put, it's the number of payments, the number of clicks, the next bid, that is, the i-bit ad per click pays, equal to the i-1 ad bit of the ad bid plus a very small value (generally 0.01), the highest bidder only need to pay the next high price plus a little more than a bit of $ 0.01, the main charge for advertising is determined by the next bid.

But this makes a malicious bid possible, and advertisers speculate that competitors can still bid. For example, A's real bid is $10, B can not afford such a high price, it thinks the advertising bit is worth $4, it wants me to pay $4, then A only pay $4.01 each time, since i can't get this ad bit, I can't cheap A, I pay $9.99 good, and ultimately everyone is not pleased.

GSP is a stable bidding method, operability is very strong, at this stage almost all Internet advertising platforms use this kind of bidding method.

The disadvantage of GSP is that the results of the bidding are not necessarily globally optimized. As a result, the VCG bidding algorithm appeared.

What is the VCG (Vickrey-Clarke-Groves) bidding system?

The basic principle is that advertisers pay for the sum of the losses they cause to other advertisers during the auction process.

Pacing is an algorithm for the rhythm of spending budgets in an advertising system.

Google Adwords sets a budget and the highest bid, and Adwords can automatically adjust your bid, allowing you to get the most clicks on this limited budget, all by adjusting your bids to get the most ROI for advertisers.

Facebook's advertising system is more focused on long-term and overall value creation, with slower starts in a competitive environment. There are many ad opportunities within the Facebook platform every day, some of which are relatively expensive. As a result, the cost is not set for the entire duration of the ad group's delivery. The scheduling mechanism takes into account this change, increasing advertisers' value by controlling the budget usage rate and finding the best opportunity to show ads to users at the lowest price.By default, Facebook shows your ads evenly to its target audience over the next day. 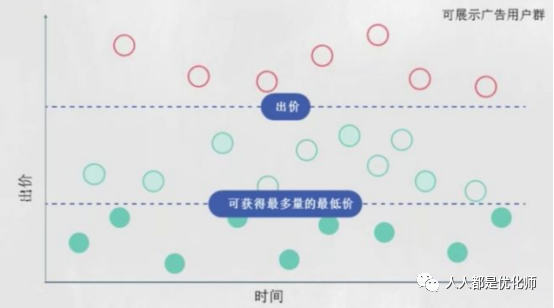 Let's explain this algorithm with an example:

An advertiser is now promoting a product that is $10 a day and is billed at CPC, and we assume that each ad click will generate $5 in revenue.

Let's explain why pacing provides the most value to advertisers through three different bidding scenarios.

Case 1: When there is no Pacing algorithm 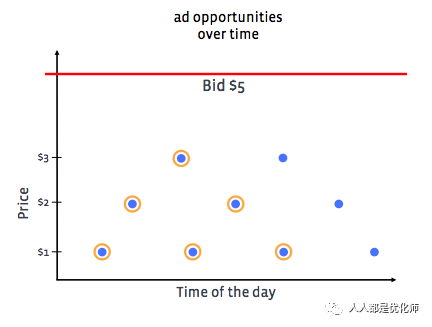 It can be seen that in this case the advertising budget is consumed cleanated at the beginning, the early competition is fierce, no competition in the later stage, forming a certain amount of waste of resources.

In this case, the pursuit of the lowest click price, but advertisers' budgets are not used up in the end, and the final ad performance is the worst. 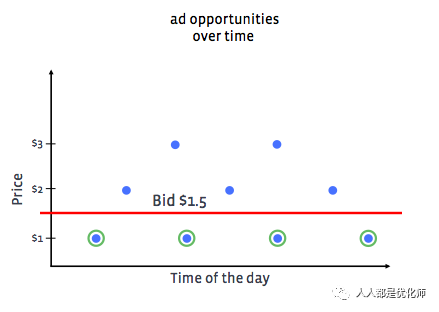 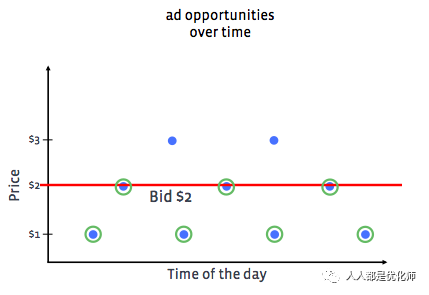 From the example above, when we used a steady bid (Pacing) throughout the period, the advertiser's value was maximized by not pacing or overbidding. To achieve its goals, Pacing expects to make an optimized bid by learning from other competitive ads with the same target audience.

Pacing is an algorithm in the advertising system that adjusts the pace of spending budgets, an analogy to an athlete who competes:Premature sprints mean you're out of work before the finish line, but late sprints you may not have finished the race.Pacing guarantees that all advertisers will automatically allocate different advertising budgets under competitive conditions.

In Google Adwords, the same advertiser can choose to show multiple ads on average.

In Facebook ads, if more than one ad is directed at the same target under the same account, one (semi-random) bid is selected to block bids from unselected ads.

The above introduction is just to give people a simple understanding of the two advertising platforms, it is difficult to say that Facebook's advertising system is more advanced than Google's. In fact, both are state-of-the-art systems in their respective fields. On most modules, Facebook and Google's implementations are strikingly similar, with more differences coming from the product itself. Listing these is also to let everyone know how we usually use the system how to operate, know it, also know it, so, help us to run ads.

Be a growing public no.

I'm here to wait for you, grow together, learn together。 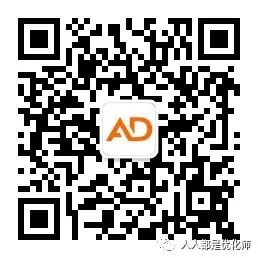 I knew you were "watching."

99.9% of people don't know what the Facebook and Google ad algorithms work on.
Up to 200 words, currenttotalWord

How can I effectively boost Facebook ad delivery and avoid a pit?