In recent years, many domestic page tour manufacturers are in the layout of globalization, for these products out of the sea marketing promotion is certainly a topic to avoid. AdEspresso recently released a Facebook user access cost data to take us to find out. The cost of CPI in the U.S. is already as high as $2.74, and the older the user, the higher the cost of getting it. From a mobile platform perspective, smartphones are about 30% more expensive to acquire than tablets. IOS costs slightly more than Android when it's classified from the system. 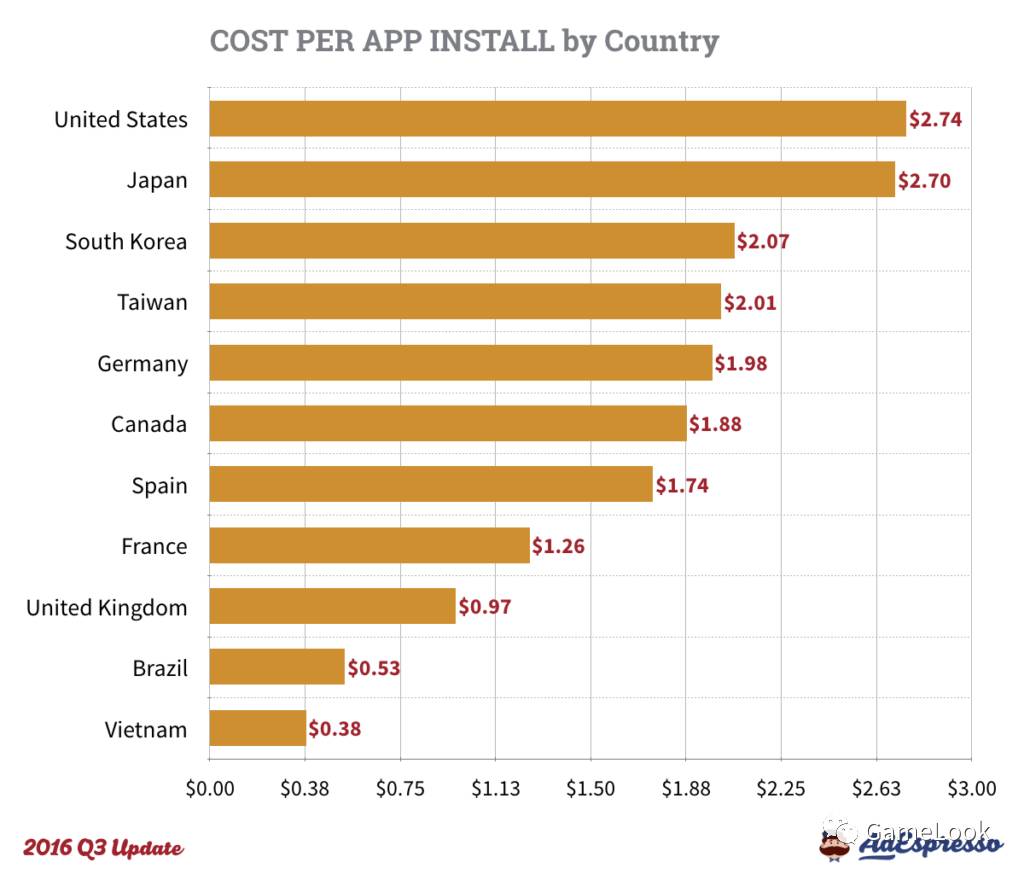 The data show that older users, the more expensive they are to acquire. For example, users aged 13 to 17 will cost $1, while those over 65 will cost as much as $2.46. Depending on age, the maximum difference may be 2 times. Overall, however, the cost of access for male and female users was roughly the same, at $1.57 and $1.58, respectively. 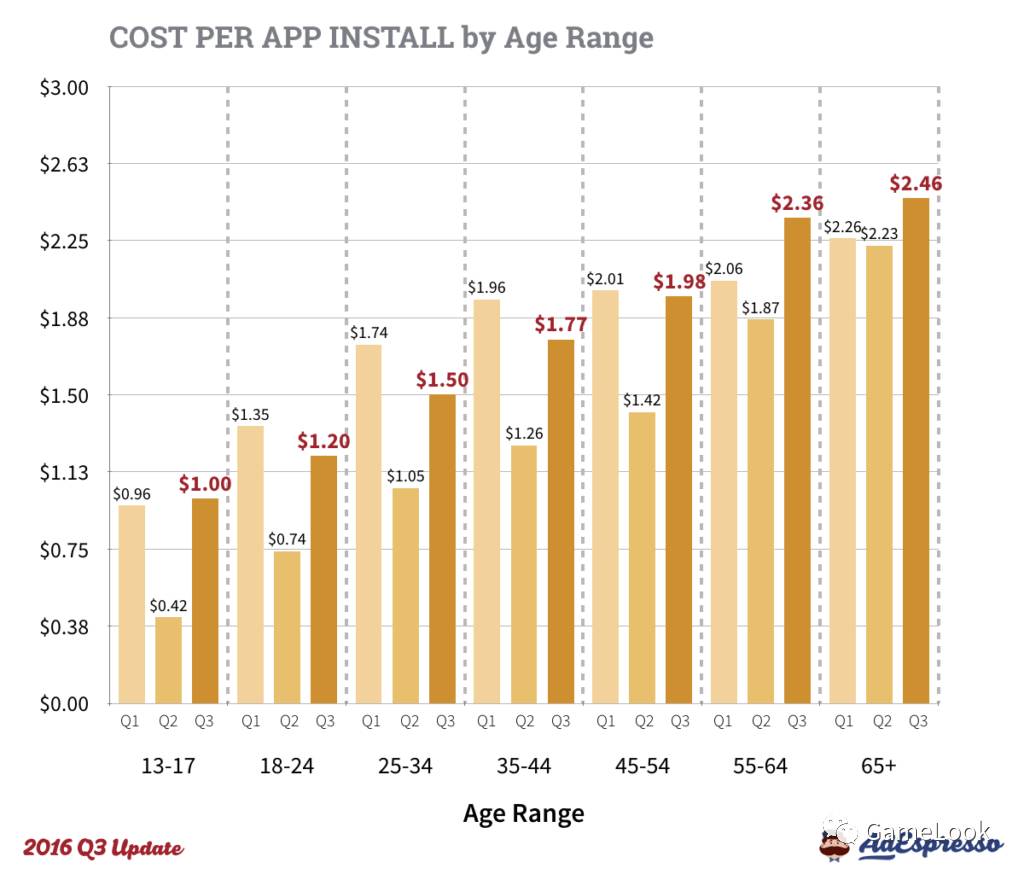 From a country-by-country perspective, the cost of buying in the network-developed countries is also relatively higher. The top two in the U.S. and Japan cost $2.74 and $2.70, respectively. South Korea and Taiwan, closebehind, were only $2.07 and $2.01. In developing countries, such as Brazil and Vietnam, the cost of access to a single user is only $0.53 and $0.38. 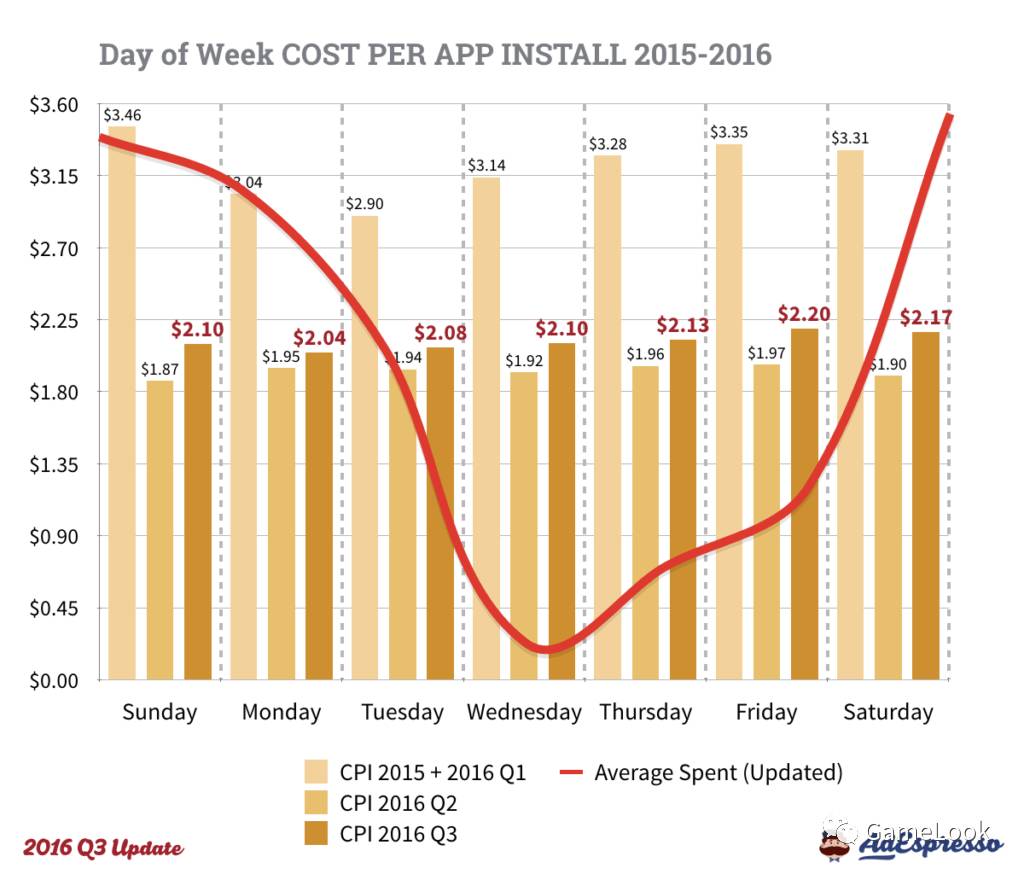 In terms of mobile platforms, smartphones are about 30% more expensive to acquire than tablets. IOS costs slightly more than Android when it's classified from the system. 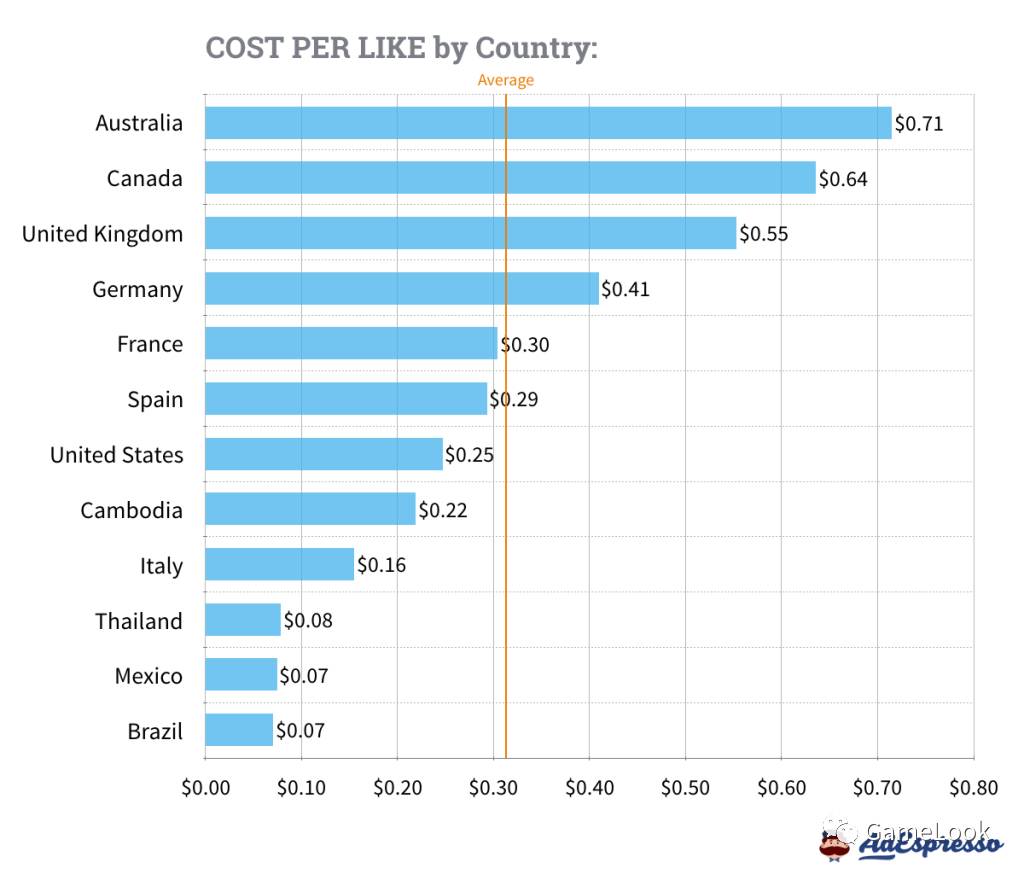 In addition, the report provides a specific analysis of the cost of user brushing (likes). Similar to acquisition costs, overall, the cost of acquisition increases as users age. But the difference is that the cost of getting 45-54-year-olds peaked at $0.18, after which the cost of buying for the age group fell. In terms of gender, the cost to female users is much higher than that of men, at $0.13 and $0.08, respectively. 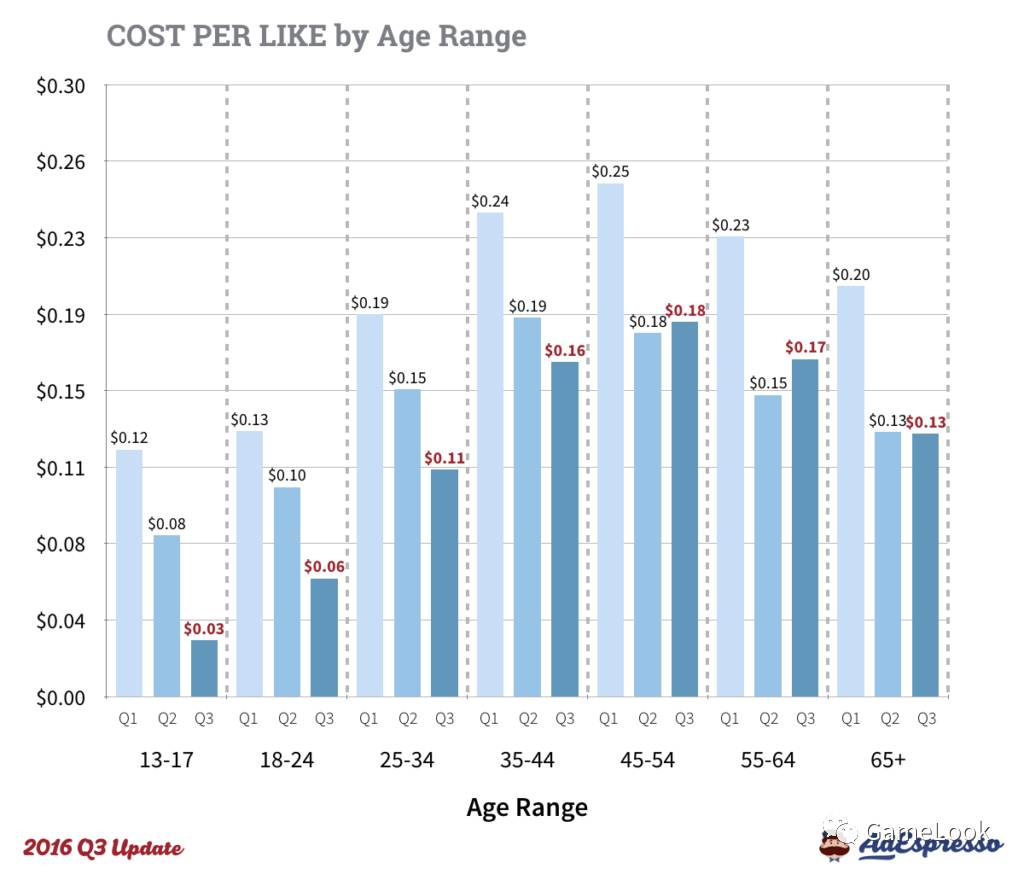 And according to the country, the cost of the English circle's brush is relatively higher. The top three are Australia, Canada and the United Kingdom. It was 0.71 yen, 0.64 yen and 0.55 yen. And countries like Mexico and Brazil, their unit cost is about 0.07 yen. 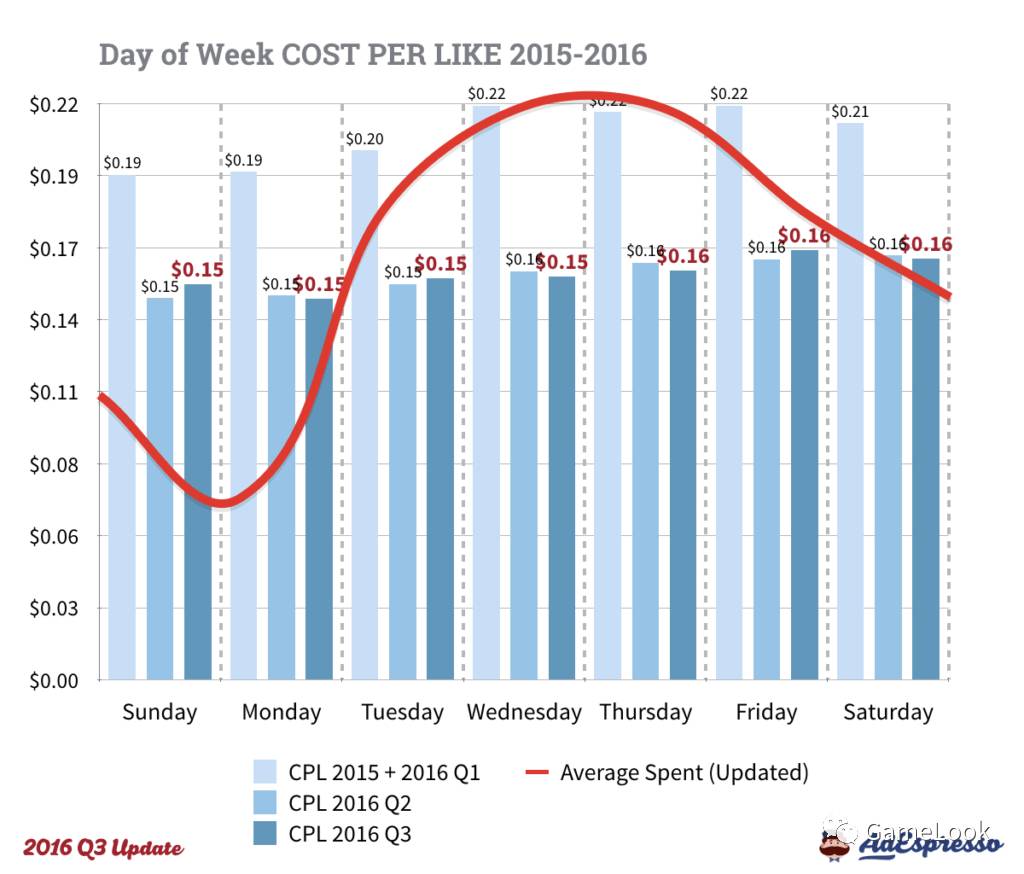 In terms of acquisition costs at different points in time, the cost of brushing on Thursday, Friday and Saturday is relatively high, and is more similar to previous CPI costs. According to the platform, the acquisition cost of mobile is 20% cheaper than that of the PC platform. 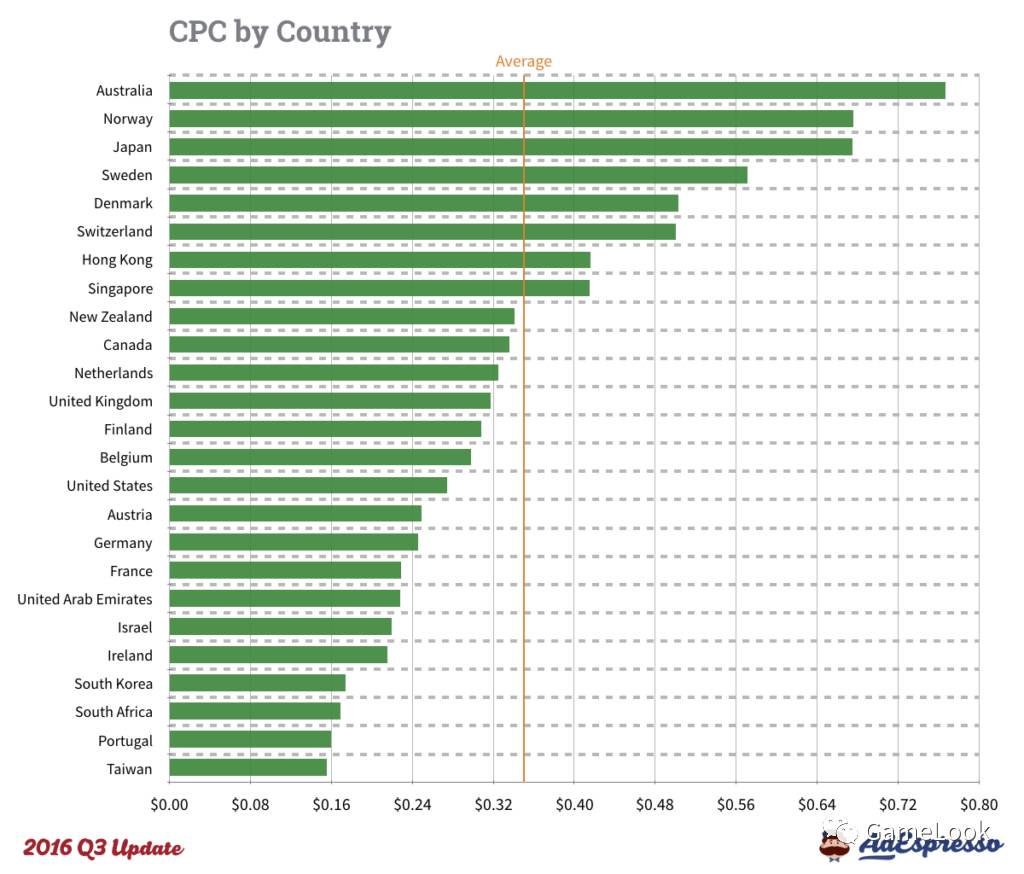 Finally, the cost-per-click data, for facebook ads, CPC is also a very important data. In terms of age group, 45-54-year-olds and 55-64-year-olds have higher click costs, around $0.23, while younger users are generally less expensive. 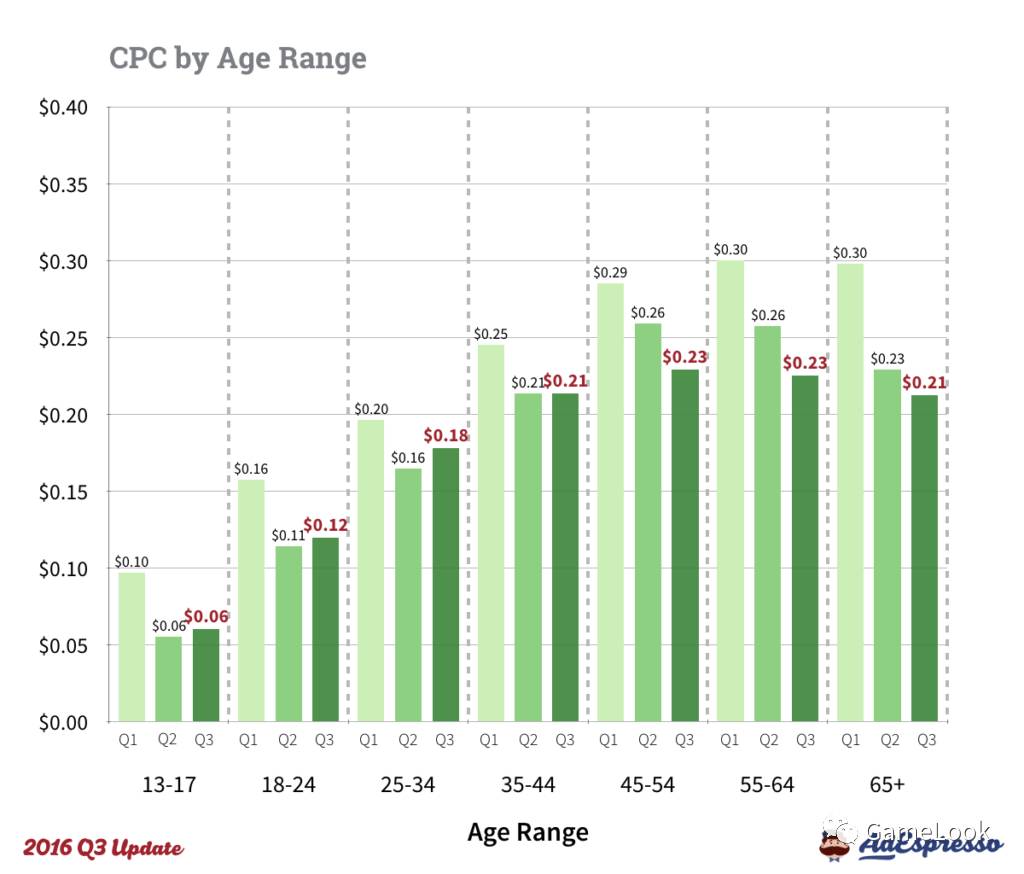 In terms of country differences, the Nordic region, led by Sweden and Norway, has relatively high click-through costs. Rounding out the top three were Australia at $0.76, Norway at $0.67 and Japan at $0.67. 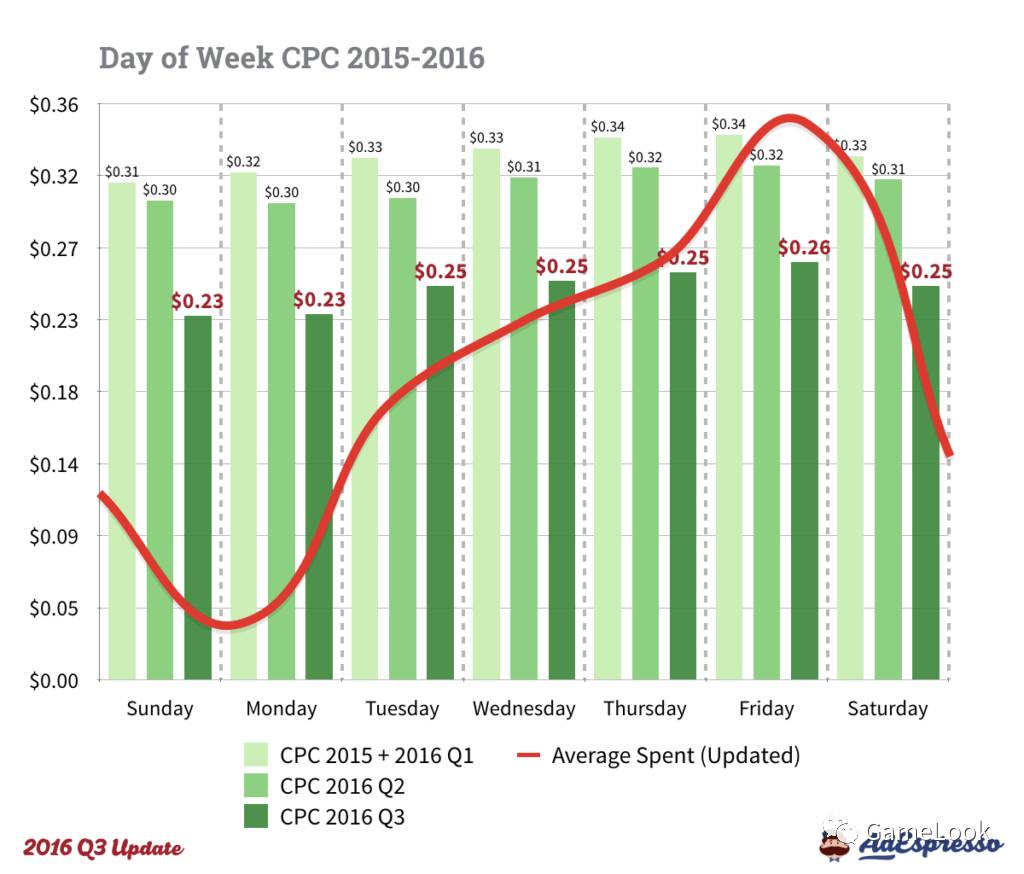 In point of time, it's a high on Friday and a low Monday on Sunday. By gender, female users cost 30 percent more to click than male users, or $0.21. 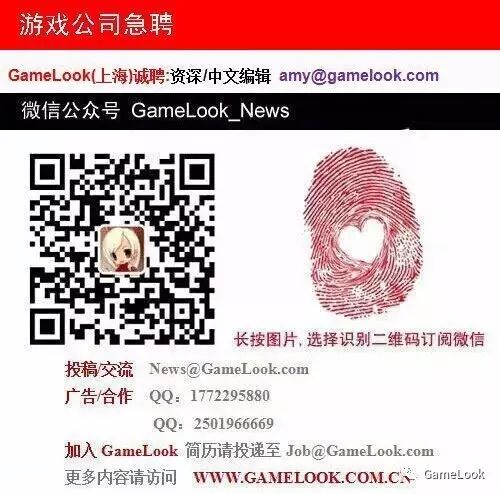 相关Read
更多文章
微信扫一扫
使用小程序
Cancel 允许
Cancel 允许
知道了
确定
SHARE ON TwitterRedditTumblrEmailBufferLinkedInPin It
How do I test and publish a game with Facebook ads?
Google and Facebook's share of ads is falling, who's "tiger mouth"?

The Shapers of the Social Empire: Facebook's Advertising Business and Tencent's "Game Plus" Money Way
Why should Procter and Gamble cut Facebook's advertising budget? CBNweekly
Facebook Ads Are Properly Scheduled to Maximize Return on Investment
What are the types of Facebook ads?
Facebook Ad Foundation 4: Facebook Ad Type Guide