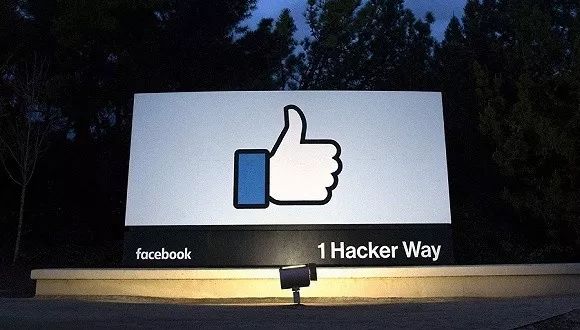 Some argue that precise political advertising is the original sin of social platforms such as Facebook, allowing conspiracy theories and fake news to flourish, while others argue that raising the threshold for technical security can easily defuse the threat of data theft, and that the process of accurately running political advertising is logical in itself, saying that it "kills democracy" is nonsense.

When people like and share their favorite content on social networking sites, there are also organizations that secretly collect this data to analyze the user's three perspectives, and then push them custom political ads to influence people's political leanings and campaign trends.

This is a restored scene from the recent data breach scandal involving Facebook, which provides data for political campaigns, and Cambridge Analytica has obtained information from academic researchers about 50 million Facebook users. And after analyzing the behavior patterns and personality characteristics of users, targeted information and campaign ads are pushed, which influences the choice of American voters in the general election.

Facebook's technology giant's market value evaporated by $60bn in two trading days after the Guardian, The New York Times and Channel 4 reported on the matter over the weekend - a loss that even exceeded Tesla's valuation. Days after the silence, Facebook founder Mark Zuckerberg gave a rare interview to CNN on Wednesday (March 21), admitting his mistake and announcing a number of technical improvements to prevent such an incident from happening again.

Putting aside the technical failings of data theft, it wouldn't cause widespread panic if users only received micro-targeting ads on Facebook, after all, it's common place; Even the real and false political revelations, and the possibility of changing the choice of the president of the United States, are much more intriguing.

Some analysts see precision political advertising as the original sin of social platforms such as Facebook, which keeps users out of the picture and allows conspiracy theories and fake news to flourish and implicitly induce voters to make decisions. But experts and scholars say that Facebook is currently facing only a data theft crisis, raising the threshold for technical security can be easily resolved, and the process of accurately running political advertising is logical in itself, saying it "kills democracy" is nonsense.

In 2014, a Cambridge University researcher posted a character test app on Facebook that was installed by about 300,000 users. Subsequently, similar apps were asked to go offline because of changes to Facebook's data usage policy; however, the researchers did not go down as required, and shared the user data and even friend data to Cambridge Analytica. That's where this data breach came from. Cambridge Analytica is said to have served the Trump team during the 2016 U.S. election.

According to Zuckerberg, the move undermines trust between partners, and Facebook's fault is not protecting user data. But it has been further pointed out that collecting data and using the results of the analysis on social media such as Facebook, where political ads are accurately placed on platforms with massive users to change voters' political leanings, can in itself "destroy democracy."

Critics argue that precision delivery will prevent users from receiving more comprehensive information. "Strong democracy means that people can hear all these ideas and make decisions and discussions," said Ann Ravel, a former member of the Federal Election Commission, according to the Guardian.

Timothy Summers, a researcher at the University of Maryland's School of Information, also wrote that Facebook's acquiescing in political data companies using "mind-reading" to judge and try to further influence users' political leanings is in fact a move to wrun power from voters. If this data is used maliciously, such as customizing misleading information to manipulate a user's political views or actions, then a democratic society is at great risk.

"This is how Facebook users' relationships with friends and family are used to make business profits and political gain, " Summers concludes, "and it's "better to be reasonably skeptical when using Facebook later."

But there are also those who argue that the effect of precise political advertising has been grossly exaggerated by critics. Colin Delany, an online political advertising expert with 20 years of experience, told Interface News: "The technology of accurate advertising on Facebook is powerful, but it's not everything - these ads are just some of the many things people receive every day. Political messages or campaigning on Facebook are not magic, they are just a tool. "

What's more, Delany points out that in the United States, especially in an election year, the audience for political advertising on television far outnumbers the number of viewers for online advertising.

Delany also stresses that the premise of accurate delivery is that the data model is accurate and the content is refined. A candidate who relies heavily on online ads for his campaign, he says, could make the election results 1, 2 or 3 percent different - not enough to win, but it can help if the election is tied up.

Wu Fei, a special researcher at the global think tank and a professor at the School of Journalism at Jinan University, also told Interface News that accurate political advertising was by no means a "destroy of democracy" and was at best a grey area.

In Wu Fei's view, first of all, the analyzed user data is just what they like, subscribe to what, not the user's phone number or home address such a strong privacy of the information; He stressed that even if the information received was not comprehensive enough, it would be a two-party game in the United States and "would not have a fundamental impact on a democratic society".

Some experts point out that the precise political advertising in the mechanism is not controversial, it faces the main challenges are authenticity, privacy and security threshold issues.

Xie Wei, a senior research fellow at the Global Think Tank and a professor at the School of English at Beijing's Outside Chinese University, told The Interface News that in the Facebook data breach scandal, users not only received tailor-made ads, but also that many of the information was fake news, which was fictitious or modified, in violation of the basic principles of news communication. There are moral flaws.

Xie Wei used Taobao as an example: "Analyze what I bought, and then push similar goods on Taobao to me, I decided not to buy, this is no problem." But if the push-to merchandise is advertised in a flash, it's commercial dishonesty. "

The real problem is that users don't usually spend extra time carefully identifying the truth and false information. In any country in the world, A rational user is only willing to spend more time thinking about his or her work and life, rather than examining whether the news he sees is true or false, Mr Xie believes.

In the age of big data, where access to information is easy, in addition to being suspected of spreading "fake news", online political propaganda has another crime : an invasion of user privacy. However, the definition of privacy is difficult to judge.

"If I give a lecture and put up a poster outside with my name on it and i'm writing, people can analyze whether I'm a liberal or a conservative through my article," Xie said, "and then they push me some specific information based on the results, which violates privacy?" "

In fact, the data breach became a scandal because the user's data was "stolen" by Cambridge Analytica. Mr Wu said Facebook should raise the security threshold to prevent data theft from happening again, but the cost of protecting 2bn users' data is so high that Facebook may not be able to afford it. Even if the threshold for data security is raised, external "misappropriation" technology will be new, after all, "the cost of shields is much higher than the cost of spears," Wu fei said.

If the mechanisms for accurate advertising on online advertising need to change and authenticity, privacy and data security are guaranteed, Facebook and the government should all take responsibility for new regulatory measures.

Delaney points out that Facebook, Google and Twitter are all looking for solutions, but it's hard to implement. Facebook ads are monitored by algorithms, not manually. If Facebook starts to enable manual review ads to determine compliance, it's a significant lying of how efficient it will be.

But he thinks the campaign on Facebook will surely reveal more in the future, giving users more information about the owners behind the ads, writing, as a TV ad, "this video is sponsored by someone running for Congress."

He also stressed again that Facebook is a powerful tool for reaching voters, but it is just one of the tools that will be used in the campaign. If there is a major change in the delivery rules, candidates will also invest their advertising budgets in other channels. 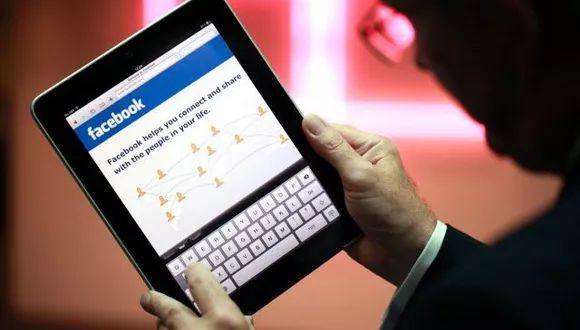 Mr. Xie argues that Facebook is a for-profit business organization that is not legally required to take responsibility for the actions of third-party apps. Facebook, however, has an obligation to inform the public in a timely manner of data theft - why is user data "stolen"? How did it happen? What are the remedies? These are also issues that the Senate has asked Mr. Zuckerberg to testify about.

On the other hand, while creating a level playing field for companies like Facebook to make money, the government needs to look at ways to protect users' privacy. Xie believes that legislation to protect the right to privacy is not a one-off, the U.S. government will spend a long time to discuss.

Wu Fei believes that the government can not currently regulate this, because it has not caused any criminal and civil disputes, and accurate lying in political advertising does not contain pornography, violence and other illegal content. 'If someone feels unwell when they see these ads, or if they get encouraged to take to the streets immediately to hurt people by the violent elements of the ads, it's a real problem that the government can step in, but there's no such extreme situation yet,' he said.

However, the Government is not in a state of disputing. What regulators can do now is urge Facebook to raise the security threshold to prevent a data breach from happening again. From Facebook's point of view, it can also try to control the election elements, reduce the party's advertising, while providing users with the option to block such ads, giving people the right to choose whether to watch or not.

Wu Fei said that since there is no illegality, these well-made, tailor-made political ads will continue to exist. " (These ads) are not inflammatory, they're icing sugar water, not vodka. They want you to look comfortable, and it's best to keep watching. " 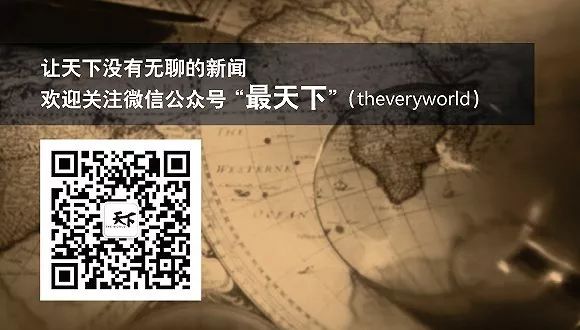 Is Facebook going to start selling coffin ads?
Facebook's era of rapid advertising growth is over: ad revenue growth may slow next year
Go out to sea and ask . . . One day to learn Facebook ad serving (10,000 words long)
What is the review mechanism and process for Facebook ads?
Facebook ads are getting worse and worse after the outbreak, with these 9 tricks "bottom rebound"!