“5-minute foreign trade class"By"Where to go?"For the vast number of foreign trade people to build, designed to share a dry goods knowledge every day,Let everyone spend 5 minutes a day to improve themselves, because we believe that "no accumulation of steps, no thousand miles."

Many foreign trade companies on Facebook when the ads will have doubts: why is the same choice, other people's advertising effect is good, conversion rate is high, their advertising performance is not satisfactory? Clearly, he didn't spend less money,KingBut only a few, a large number of dollars burned to make people sad, but still can not achieve the expected advertising effect ... ... Come and introduce some of the things you're going to go today.FacebookBe careful when your ads are running to help you get more money!

When creating facebook ads, we are asked to choose our own marketing goals. Some advertisers will be eager to convert, so cast a lot of conversion stouss of ads, but the effect is not good, which means that the wrong current stage of business objectives. There are some advertisers who want to convert, but cast "traffic" as the target ad, and then wonder why they didn't issue a ticket... This is that the advertising target does not match its own needs.

From the perspective of the marketing funnel, Facebook's ads are also divided into "brand awareness", "purchase intention" and "action conversion" three levels, if it is a new site, in the early stage of delivery on the strong conversion volume, not only did not give the ad learning system time, pixel code is also likely to crawl data for a period of time, This will not optimize future ads. Therefore, we should arrange the business objectives reasonably according to the current situation of the website. In the medium term to pull new at the same time, do not forget to do remarketing, explore the customer's life-long shopping value. 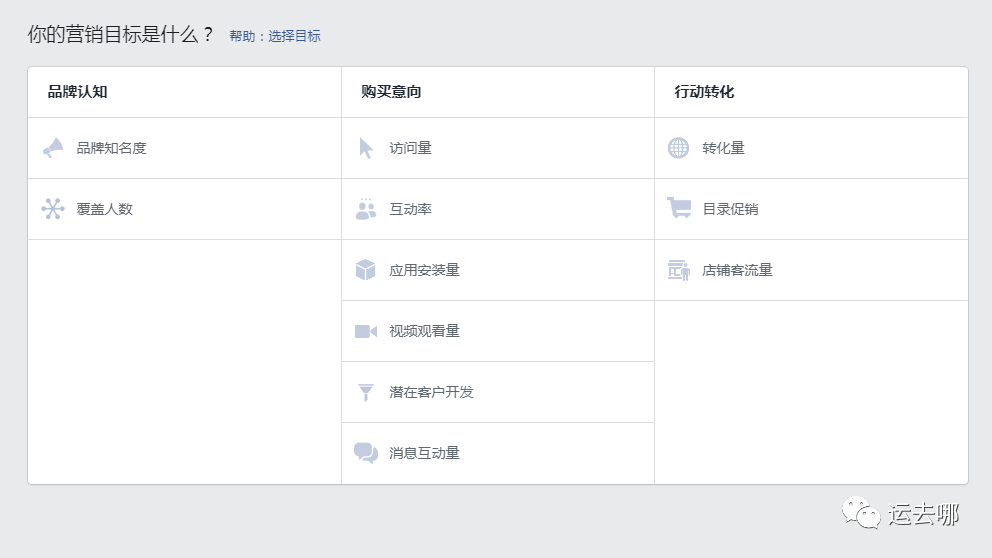 2. Don't drive too many ad groups!

Many e-commerce sellers in the category will be obsessed with opening dozens of campaigns, each ad group may have only one ad, but do not know that this is likely to overlap the audience, or in a certain period of time caused their own advertising internal bidding situation.

Advertisers are recommended to use CBO (campaign budget optimization), and CBO will treat an ad group in a campaign as a whole, allocating more budgets as far as possible to the best performing ad groups based on system bidding, maximizing cost savings, increasing reach and impressions. CBO also saves a lot of time, without manually setting a budget for each ad group, and without having to budget for your ad performance. Use CBO recommendations to best with no more than 5 ad groups. 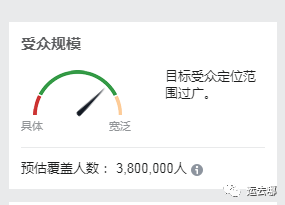 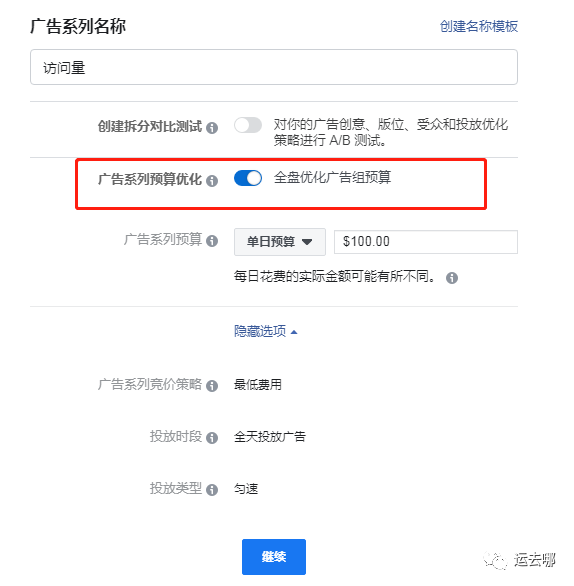 3. Make the most of the tools for audience analysis

Advertising performance is good or bad, the audience is a very important determinant. If the ad is for people who don't want to see it, there will certainly be no high conversion rate. How can you tell if your ad audience is appropriate? Here we are introduced in three phases before, during, and after creation.

The first is before the ad is created. We can see the audience we want to know in the Audience option of Business Manager Platform. Depending on our own settings and choices, audience analysis tools will provide us with different audience portraits. Based on these images, we can select the target customer base and save it as the audience for the ad, which can be used directly when creating the ad. 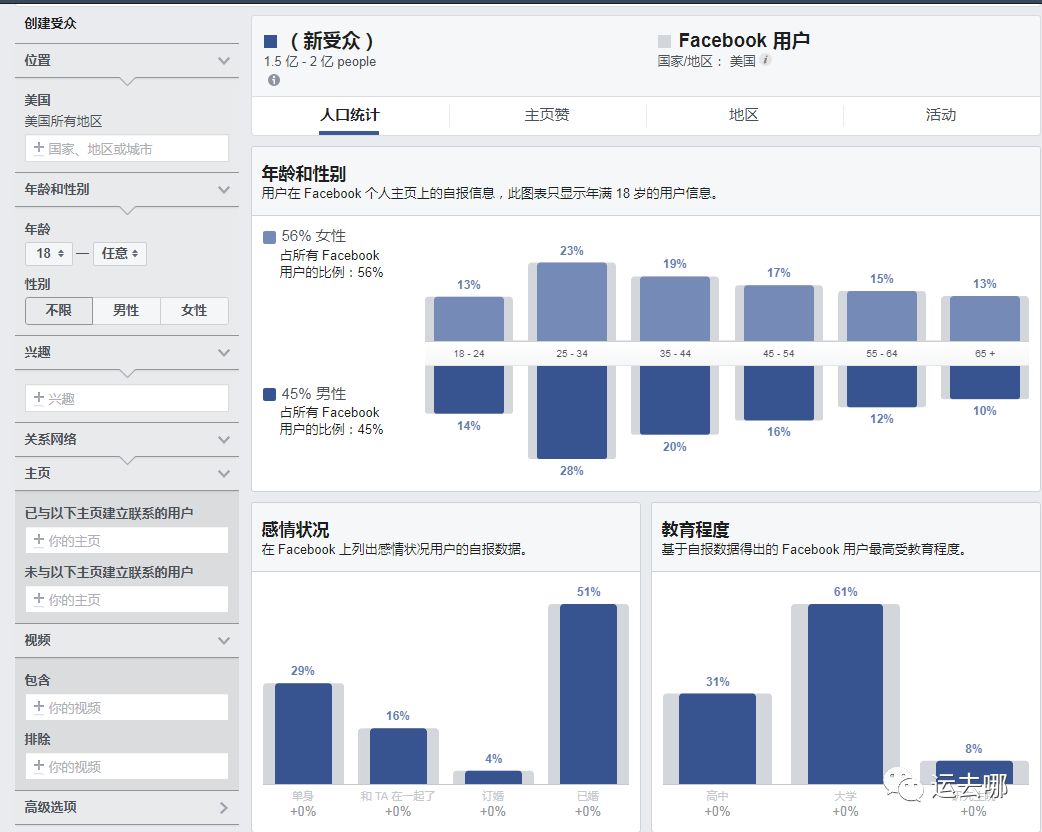 Finally, after the ad is created. We need to see if our audience is saturated. What do you mean audience saturation? When you continue to show ads to the same audience rather than to new ones, or when people no longer respond to your ads, it means that your audience is saturated. We'll log in to our business management platform, click on Ads Management, and select the ad account we want to view the data. The page jumps to the account overview screen and selects The Ad Group on the right. In "Column", we need to check "Performance", put the mouse in the drop state column, will jump out of a floating window, will appear to view the delivery results analysis of the entrance, click to jump the page.

How can you tell if the creative material is good? How do I know my audience age? How to determine which of the many products sell well? - The answer is test! Test! Test! Testing is essential to building a good ad. Whether it's creativity, footage, audience, delivery optimization, you can test with A/B test. In general, the test will give results over a period of about 4 days, and if one of the groups performs well, the test ends early. Based on the system's judgment, we can know which ads will be more liked, choose these winning ads to run, can save our budget and time.

Maybe someone said, I open two ad groups myself, and only set a variable, that's not the only way? Why do you have to test? The answer is - we're not sure we're going to be able to target our audience. (i.e., a user may have seen ads in Groups A and B and ended up placing an order, but we can't tell if Group A or Group B had an impact on him) And in A/B test, Facebook's system divides the audience into two groups, as much as possible to ensure that the audience does not overlap. In such a strict environment, the results of advertising tests will be more accurate. 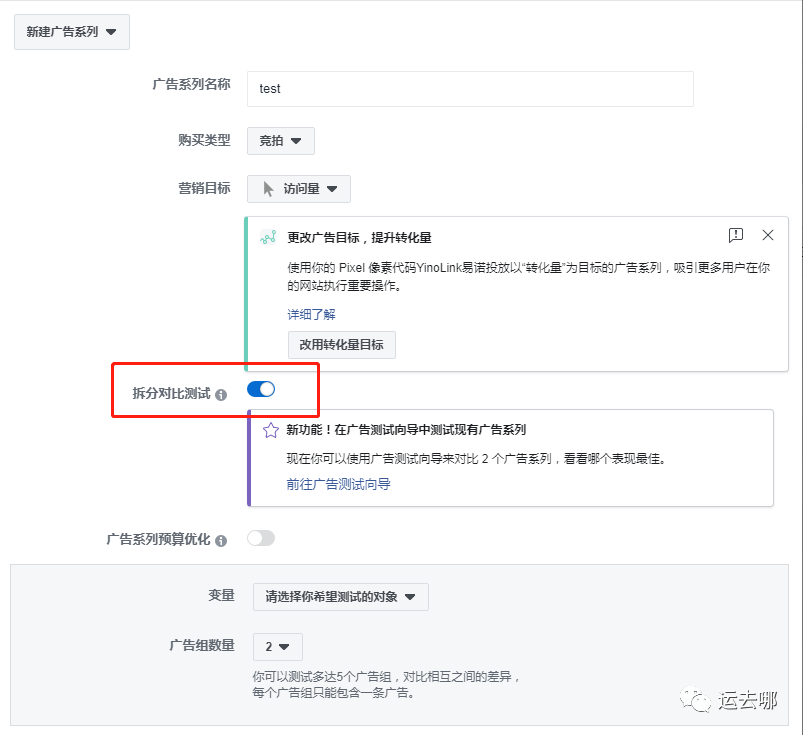 Often customers say that their products are too many, the site is not finished, there is no time to create creative material. So often use pictures of factories, or some network diagrams instead. There are two disadvantages to doing this: first, the low quality of the material, will directly lead to bad advertising effect, difficult to have high conversion;

In fact, in the facebook ad creation process, there are templates can be used to nest, we just need to upload product images and brand elements, using different ways to combine ok. Select Use Video Templates in Create Ads - Multimedia Footage, and then quickly create unique creatives by following tips and your needs in the Video Production Toolbox, which jumps out of the Video Production Toolbox. 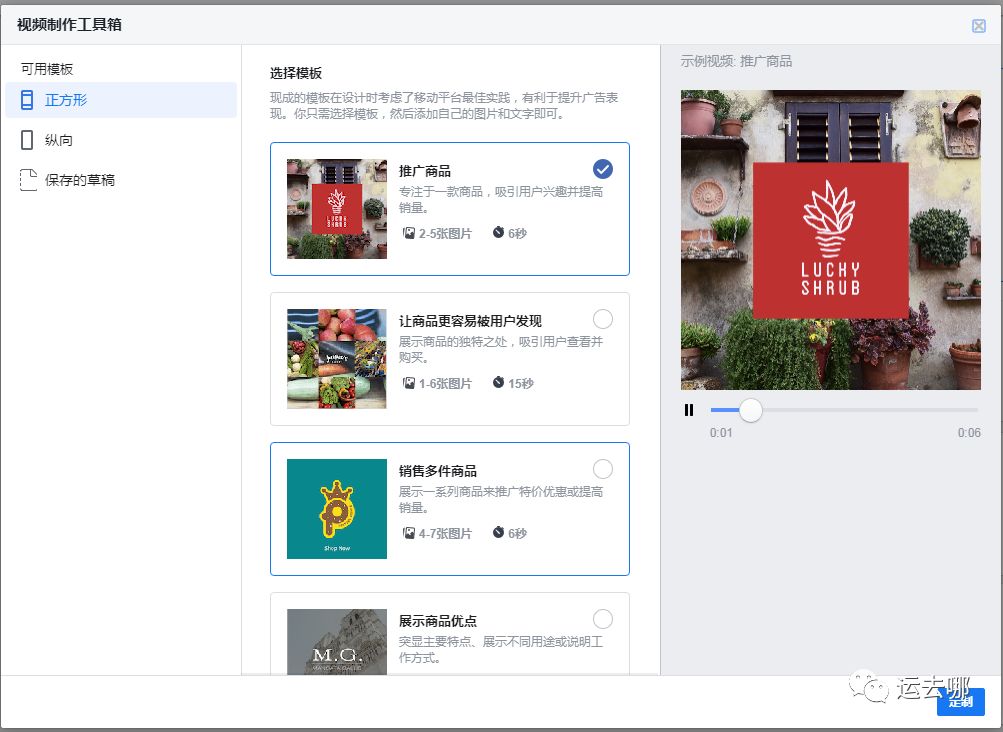 6. Set a more granular schedule for your ads

7 x 24 hours run ads too expensive money? What effect does the ad switch on? If you're confused, set a more granular schedule for your ads!

In the process of creating an ad, in addition to setting the start, end time, long-term delivery, ads can also be accurate to a certain hour of the day. You can shut down your ads during the least active period slots in the Account Overview, which makes it easier to budget your ads, based on user activity. Note that if you want to do this, your ad budget must be set to the total budget, not the one-day budget. When the ad serving time is selected, the time period turns blue. 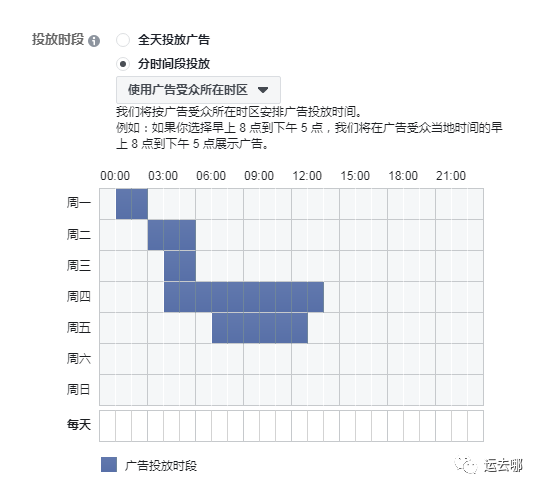 7. How often does the ad idea be adjusted?

After the successful release of the ad, we need to change the creative from time to time. So how often do you change the footage? There are many dimensions to refer to, and here are two mainly: ad performance and website synchronization. Ad performance is from the ad itself, when the ad more than 2 times, or the ad after a period of time began to get worse, then you can consider replacing the material. "Visual sense" is very important, if the user has been seeing the same ad, there will be fatigue, then the replacement of material, not only can show the product characteristics in a different way, but also can bring a refreshing feeling. In addition, the material should be consistent with the site's marketing campaigns. If the site of new, limited time promotions or holiday activities, creative materials should also be based on these content changes, to give users a high degree of uniform sense of shopping smoothness.

8. Focus on the overall effectiveness of your ads, not just King

Some advertisers will be dazzled when they see back-office advertising performance, often wondering what key data to focus on, and simply just look at the return on advertising costs. For example, A ads in the first day of delivery out of a single, King reached 10, the third day of the second day did not issue a single, King plummeted, when the advertiser simply closed the ad, choose to reopen. So cycle repeated. This is not true. Advertising effect is good or bad, should be based on the overall results, rather than simply looking at King. King is important, but there are many data that can be analyzed, such as coverage, impressions, thousands of impressions, single-purchase costs, and so on. We can optimize advertising based on the response of relevant indicators, such as adjusting the budget, updating the material, rather than seeing the King down and turn off the ads directly, so that we never know why THE King is low, next time may still make the same mistake.

《Great impact!The cabin will be tense!Shipping charges or a 20% increase!The distance from the low sulfur oil limit has been less than 100 days!》

《Exclusive! Less than a month from Brexit! Shipping companies issued an emergency notice, the recent export of the United Kingdom need to pay attention!》

(This article by the "where to go" compilation, reproduced please indicate the source, violators must be investigated! )