Knock on the blackboard and draw the point! Facebook Ad CBO Best Practices Strategy, where the valuable experience of advertisers is here... 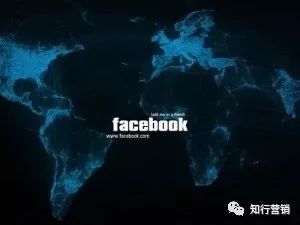 30 days to double your ROI

Our previous article has discussed the creation and principle of CBO, which also contains some small Tips, if the principle of CBO is not very well understood, you can review our last CBO articleThe advertising budget CBO, enforced by Facebook, will make you do more with less!】。 Today we're going to talk about the valuable experience that advertisers have gained since the CBO went live in 2019. 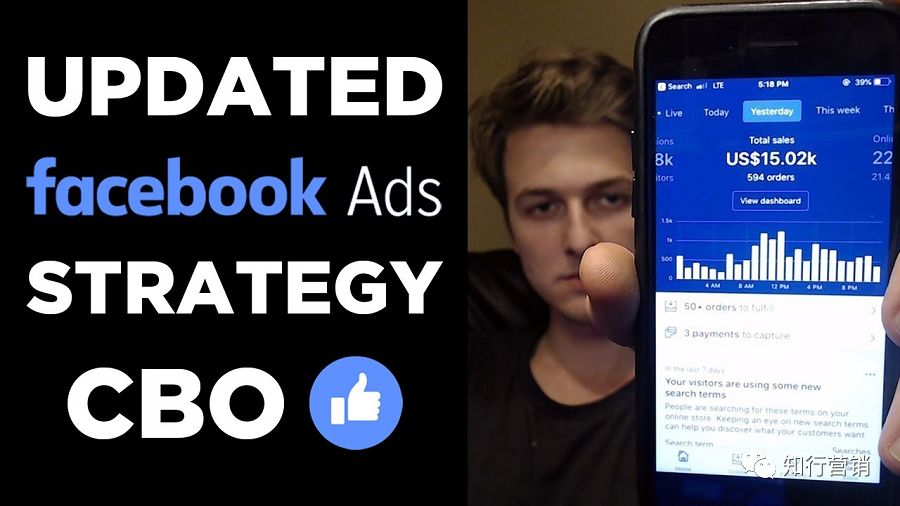 In the early stage of the CBO implementation, many people encountered this situation: from the background breakdown data, the cost of the part of the CPA is higher, so think that the CBO optimization effect is not good. But in fact, this is not the case.

Take a look at the data below:

Typically, the breakdown data you see is in the following form:

But in practice, the optimized operation of the machine refers to this:

Here's a contrasting myth: it makes sense to compare the same dimension when comparing the performance of different ads with the same expenses. The FB version in the figure above, although CPA is low: $1.1, you can see that its Cost is also low: $50, but take this data to the INS version of the CPA: $1.46 and Cost: $450 compared, obviously no reference value.

Back in the image above, the system will initially be tested in both places at the same time, and in the early stages you may see the CPA on the Facebook page cheaper, when you miss out on finding a low-cost (CPA) if you turn off the Instagram page. The machine keeps learning about the performance of both, find the CPA intersection value, then find the small growth of the Instagram page, constantly increase the budget re-learning data performance and then increase the budget, so you will see the INS version of the budget is allocated to more budget.

What is the best Campaign architecture?

You should align your campaigns with your business goals. Here are some of the better architectural strategies given by advertisers. Each advertiser's business is not exactly the same, so you can test the following strategies to find the best way for your business.

Can I add more ad groups to my campaign while the CBO is up and running?

The answer is yes, when you add a new ad group to your campaign, you'll immediately allocate a budget to the new ad group to start the learning phase and see how it performs. In addition, the delivery system takes time to calculate machine learning time and run time for new ad groups, so if you're planning to add 10 new ad groups, it's better to add them all at once instead of adding one every few hours.

What if the newly added ad group doesn't get more opportunities to serve? There are several possible causes:

2) There is not enough budget left in your campaign to run to a new ad group.

My CBO ads are doing very well, how to expand the amount?

First of all, you might think, I can directly copy the exact same ads to run, it is likely to have the same good results. But I don't recommend that you do this, because there's competition for the original ad. If you need to expand, you can add a budget directly to the original campaign. However, remember not to make frequent modifications.

With regard to budgeting, it is important to note that adding budget proposals takes a step-by-step approach, as a large increase in the budget triggers a machine learning phase to start learning again. If the learning phase starts again, further budget changes are not recommended until the learning phase is complete, as this may prolong the learning phase. In addition, a large one-time budget change is likely to result in large fluctuations in spending, but it will vary depending on your campaign. The rhythm of the budget can be grasped at 10%-20% or so is appropriate, if the run is particularly good, can also increase the amount of a higher.

What are the best practice sprees from the testing phase to long-term stable advertising?

Initially, each Ad set set more than one ad, suggested 3 or so, running multiple ads will have more kind of selectivity, will have better results.

Keep testing new ads, suspend some ads that don't work well, and keep at least 2 ads left for each ad group. You can add new creatives to each ad group so that the results of CBO ads are more stable.

After the learning phase, the budget to increase the CBO will also have a good conversion effect in the release segment. Increase the budget by 50% in two days, and if it works particularly well, it can be doubled or even tripled.

Let's review some of the suggestions we've said earlier, and we can use them with the experience of these advertisers:

1. Keep each Ad set must have the same goals and the same optimization metrics.For example, you can't optimize for both Link Clicks and Conversions in A Campaign, which is not true.

2. Analyze and optimize ads from the entire Campaign hierarchy, not the Ad set hierarchy,The Ad set tier only applies to turning off the worst performing ads of all time.

3. Give it enough time

Each Ad set requires at least 50 Conversions to be stable. The advertisers we've talked to have always felt that the best outcome for CBO is to run for at least 4-7 days before reducing budgets.

4. Split your campaign through the funnel at different stages

CBO works best when marketers are placed on different Top of Funnel, such as the middle of the funnel and the bottom of the funnel or TOFU, MOFU and BOFU. For example, you want to prorate a small but valuable popular audience instead of a cold-traffic audience that hasn't interacted with you before.

5. Keep the audience consistent in the magnitude

For example, when creating a new Lookalike Audience, you can split into: 1% audience, 2%-3%, 3%-4%, 4%-5% audience, etc., as long as the middle of the similar audience segmentation scale is the same, you can put in a campaign. Or it's okay to put all the 1% audience in one campaign.

6. Set the minimum and maximum budget for each Ad set

The Budget and Schedules section of the ad group allows you to set the following: 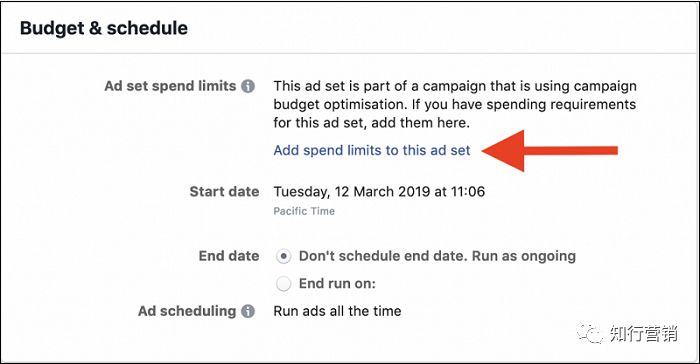 Click on the Spending Limits section to control the budget 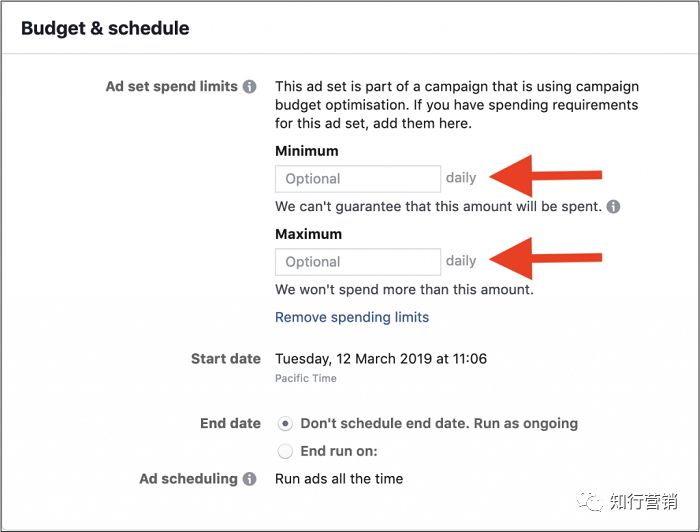 This is so important because in some cases, CBO's Budget optimization approach is relatively extreme, especially for new campaigns with small amounts of data.

In campaigns with 10 Ad sets, it can decide to use 70% of Budget for an Ad set. Therefore, the third method was useful when Campaign was first established. Even if the system can quickly judge which Ad set performs best, first, it's best to have a chance for all ads by setting Up Minimum and Maximum.

Since then, the use of the CBO need to pay attention to the point has been fully explained, as to The official Facebook said in February can be forced to use, we still prepare ahead of time to put the use of CBO into the agenda, after all, the full use of CBO is also the trend, as to why so highly respected, You can refer to the CBO article we've written about Facebook ads beforeThe advertising budget CBO, enforced by Facebook, will make you do more with less!】。

The public number at the bottom right of the "library" limited time to obtain the FB advertising updates for your ads! 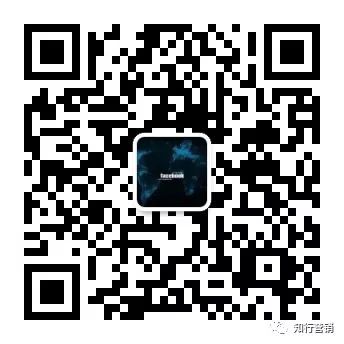 Knock on the blackboard and draw the point! Facebook Ad CBO Best Practices Strategy, where the valuable experience of advertisers is here...
Up to 200 words, currenttotalWord

Dry Goods - Facebook Ad Copy Quick Facts Tips to Boost Your Click-Through Rate
One day to learn Facebook ad serving (10,000 words long)
Explore the price of Facebook's ads in 2019
The most detailed Facebook ad delivery tutorials in 2020
All sellers! How did my Facebook ad account break up?