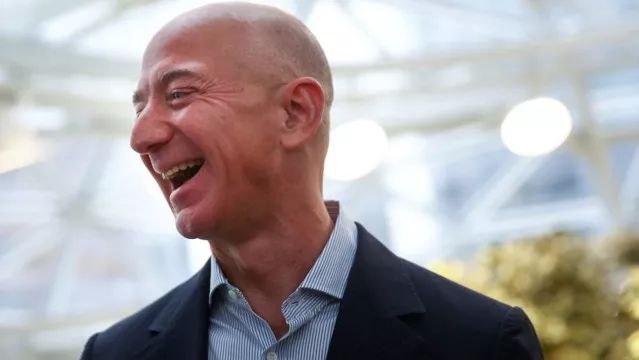 If Jeff Bezos wants to keep winning, it's not enough to keep staring at Microsoft, which needs to continue to work and lay out its core businesses like retail, cloud services and digital advertising online.In the case of digital advertising, Amazon must challenge Google and Facebook, the two biggest advertising "dominants" of the U.S. Internet, to grab market share. 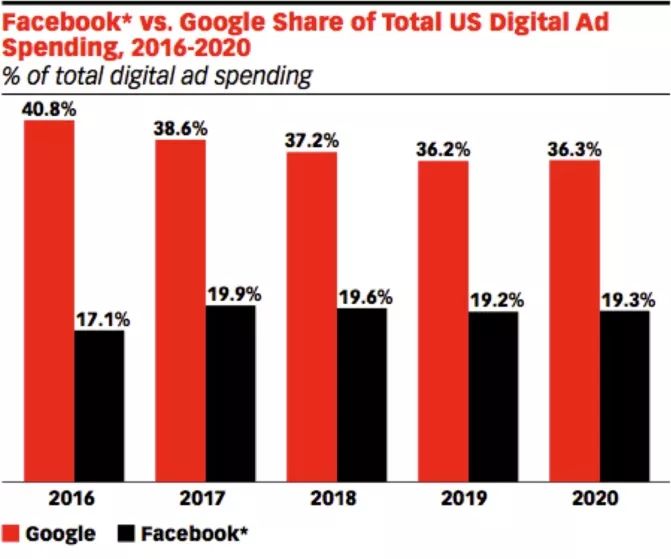 This is Google (red) and Facebook (black) from 2016 to 2020, the presence or projected share of the U.S. digital advertising market

How big is Amazon's digital advertising business compared to the financial data of these two digital advertising businesses? The surest way to break the problem is to check Amazon's most recent earnings data. On April 27, 2018, Amazon announced its first-quarter results for fiscal 2018. Amazon reported net sales of $51 billion ($335.3 billion) in the first quarter, up 43% from $35.7 billion ($234.7 billion) a year earlier. Net profit was $1,629 million ($10.7 billion), up 125 percent from $724 million ($4.7 billion) a year earlier.

Looking at this set of data, you can see thatAmazon's main businesses include online retail, brick-and-mortar stores, third-party seller services, subscription services, and AWS cloud services。 The business data for "digital advertising" is not presented separately, but is included in Other Business. 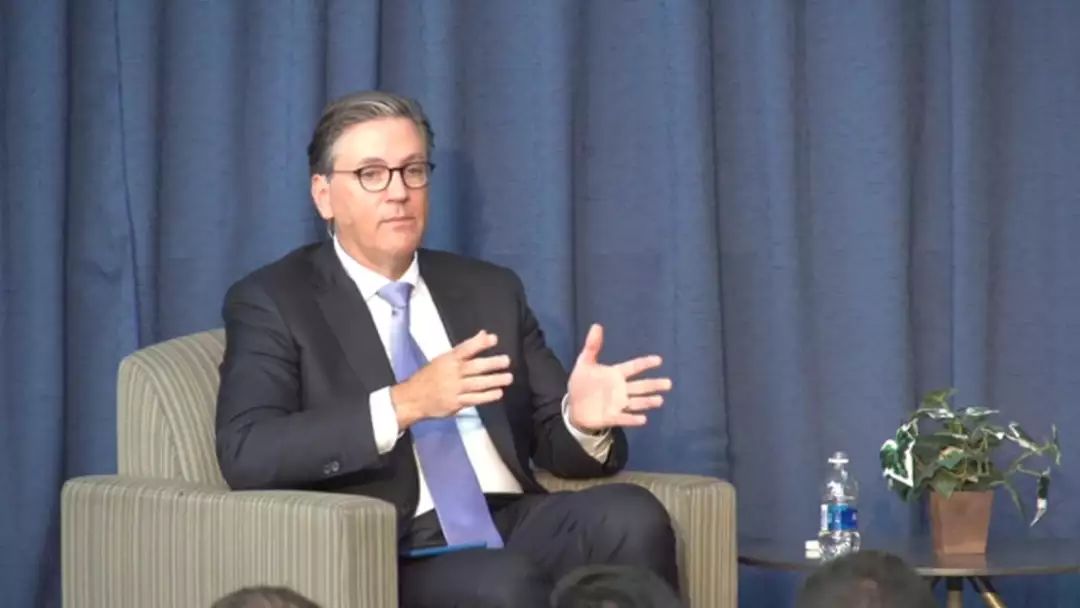 "Advertising is still a bright spot, both in terms of product and financial. It remains a strong contributor to first-quarter profitability. It's now a multibillion-dollar project, and you can see that in our supplementary income disclosure, it's classified as other income, and it accounts for a large portion of other revenue. "So our philosophy is to continue to work on ways to better serve our customers and show them new products that they may not have seen," Brian Olsavsky, Amazon's chief financial officer, said on a conference call this quarter. It also helps new and old brands to reach customers. I think advertisers often have their own characteristics and are not the same as each other, but they have one thing in common: they want to reach out to our customers to raise awareness of their brand, to get them discovered and eventually buy their products. " 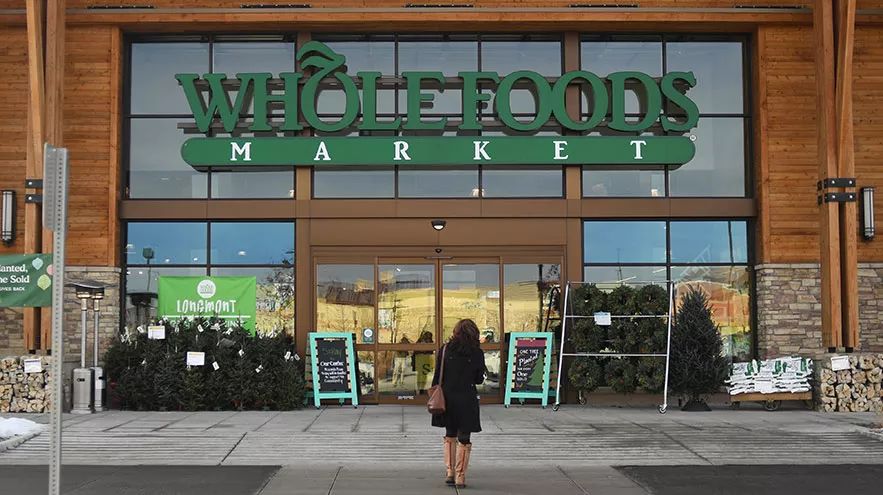 "$239 million(about 1.5 billion yuan)Other revenue actually comes from the licensing services we provide to the companies we work with. We work with transportation companies and other technology companies. As the stock market rose in the first quarter, so did many of those companies. As a result, the returnon spree for our licensing services has also increased, which is an investment return. At the same time, the foreign exchange market has also seen significant growth due to changes in exchange rates and the weakness of the dollar. This shows a lot on the profit and loss account, but it's positive. Brian Olsavsky explains, "In terms of advertising, it's now a multibillion-dollar project, and it's growing very fast." Our main goal is to help our customers discover new brands and products. So we show sponsored products, and we try to show people what they can't see in normal searches. As we said, we are looking for a good balance. "

Brian Olsavsky says Amazon wants customers to benefit from new brands and product discoveries, and then Amazon wants sellers of new and old brands to reach those customers. Those advertisers are different, but the aim is to reach out to Amazon's customers, raise brand awareness, and let them discover them and eventually buy their products. So, "We take this very seriously,We've been balancing the help of ads and trying not to let ads compromise the user experience。 But you're right, they're always putting pressure on us, and we're going to deal with it from the customer's point of view."

Another question raised by Mark Mahaney is: As part of the ad, Amazon has a large inventory of ads in videos, and Prime Video is not charged, and Amazon doesn't allow ads to be placed in those videos, do you think it's also an advertising revenue opportunity? In response, Brian Olsavsky said, "With regard to video advertising, yes, over time, more ads may appear in our videos, but we have chosen not to do so now." " 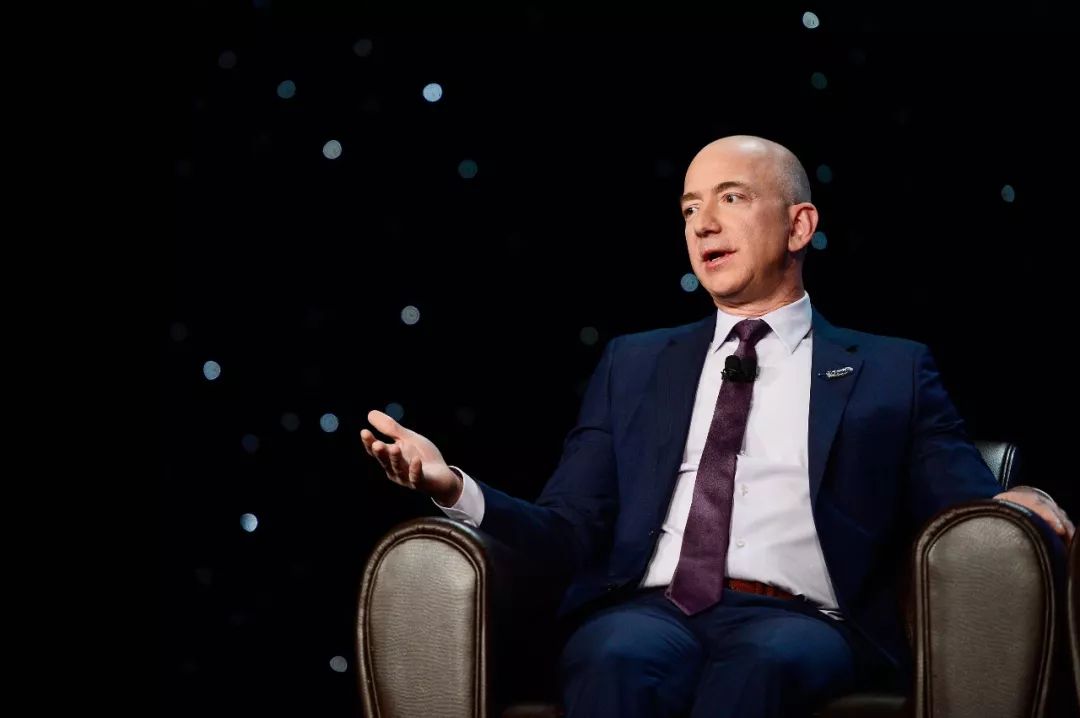 Although the digital advertising business is not currently large enough to compete with Google, Amazon has embarked on a series of challenges. In mid-May 2018, Bloomberg News quoted people familiar with the matter as saying that Amazon had stopped buying a popular type of Google ads. The move affects top-of-the-line, high-sought advertising spaces in Google's search results, which retailers and e-commerce companies will bid for at high prices to show consumers colorful, rich-picture ads as they go online looking for running shoes, headphones and other products they want to buy.The loss of Amazon's customer is a rare setback for Google's cash-spand advertising business.Amazon's move has deepened the rift between it and Google and signalled its growing ambitions in the digital advertising market.

Where does Amazon's strength in digital advertising come from? In response, Monicom's marketing chief, Manas, said: "Prime has allowed Amazon to enter the digital advertising market. These data turn the service economy into networks that connect individuals and identities, similar to what Google achieves through Gmail and other login services. "In its view, Google has a user search preference, Facebook represents a community preference, and Amazon's user data reflects the willingness to buy." 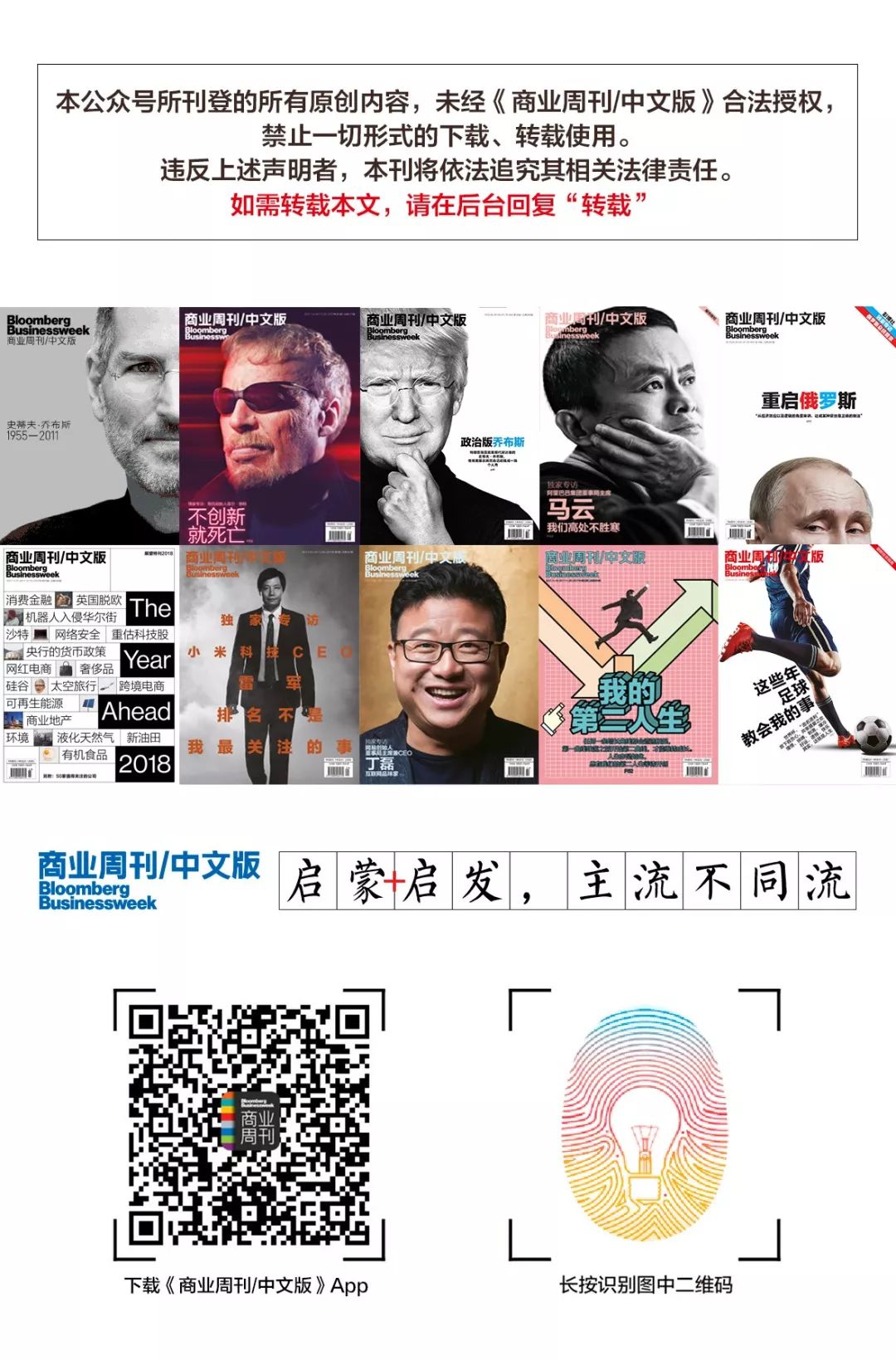 Google has also been fined hundreds of millions of baidus for false advertising?
Where's your Google ad? Explore "Ads that are missing after they're delivered"
How to improve the quality of Google ads, improve the effectiveness of advertising? 3 key points to optimize ad quality score
Google has changed its advertising bidding model, can it change the digital advertising industry?
Personal website smiles: Google Ad Alliance earns tens of thousands of knives a day