(Original title: Google and Facebook digital ad revenue is expected to exceed $100 billion!) Occupy ingests of the world's "half of the world") 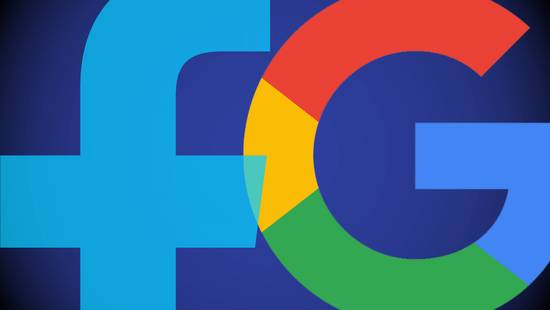 The latest data show thatThis year, two internet giants, Google and Facebook, will account for "half of the world's digital advertising revenue", and their strong potential rivals are not Twitter or Snapchat, but China's BAT!

"In the near future,Facebook and Google's only likely other competitors are China's three Internet giants (BAT), Baidu, Alibaba and TencentBAT has benefited from rising disposable income in China and rising scientific and technological talent. As they begin to bring a variety of advertising products to market, BAT's digital and mobile advertising revenue is expected to grow elastically," Shum added.

According to a report released this week by BrandZ, WPP's largest database of brand assets,Alibaba, Baidu and Tencent will make a total of $35.82 billion in advertising revenue.

It's worth noting that Tencent has become the first company in China with a brand value of more than $100 billion, according to the WPP survey.

Advertising boss: The advertising industry needs to have confidence in the newspaper

Sorrell said that when Google, Facebook and Twitter were accused of being "platforms for providing hate and fake news," it should increase consumer demand for more traditional, reliable news providers.

"Most publishers have not realized their digital dreams yet. With the rise of Google and Facebook, publishers' dreams of a massive online advertising business have become elusive. However, opportunities remain. Cognitive and practical flaws in the digital media ecosystem are the potential competitive advantages of newspapers, whether in paper or electronic form," he says.

Advertisers benefit from healthy news brands. Just as society as a whole benefits from them. They're not just a way to reach customers; media censorship of business makes business more efficient and transparent.

Source: Wall Street  If there is infringement please contact us, we have deep respect for the original author

Where's your Google ad? Explore "Ads that are missing after they're delivered"
How to improve the quality of Google ads, improve the effectiveness of advertising? 3 key points to optimize ad quality score
Google has changed its advertising bidding model, can it change the digital advertising industry?
Personal website smiles: Google Ad Alliance earns tens of thousands of knives a day
Watch: Google on its way to destruction? Advertising business faces collapse, "AI first" is being defeated on all side