Google on its way to destruction? Advertising business faces collapse, "AI first" is being defeated on all sides

Click on the "above"Tencent Technology", select "Top Public No. " 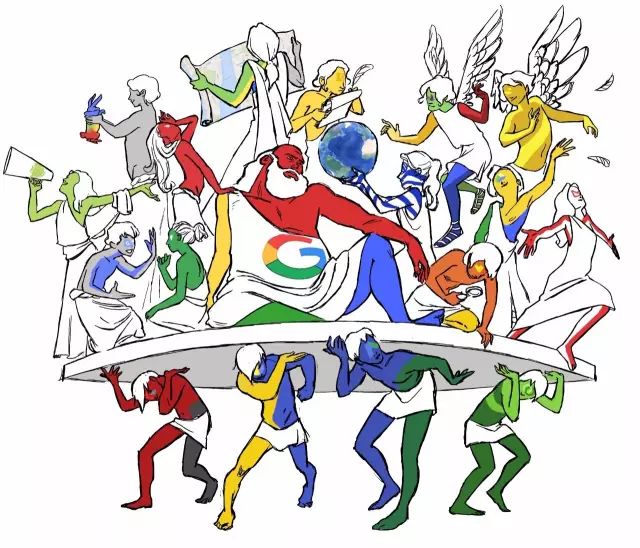 Daniel Colin James, a digital media researcher at the University of York in Canada and a longtime observer of the technology industry, recently published his own comment son, "This is How Google will Collapse," on the blog site Medium. List edging out a few reasons why Google is on the verge of collapse: ad revenue cuts, AI-first strategy failures, the threat of competition from Facebook and Amazon, and so on. 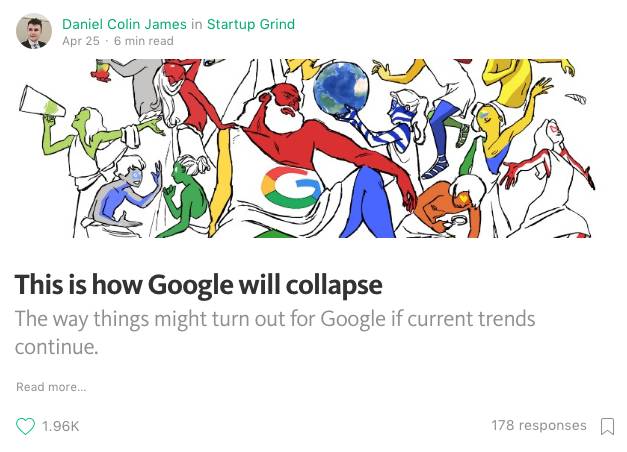 It is undeniable that Google, which has always been seen as a leader in technology development, does face a number of problems. One of the most vilified is the business model, that is, how to make a profit. In his article, the author contrasts Amazon directly with "positive examples" to prove that Google is going downhill, on the road to collapse and even destruction. Is there anything overblown?

On AI, Google has always been a typical company we're tracking, both in terms of business model sand and technology. Do the following analysis, listed by the author, constitute a "soft spot" for Google? Where will Google go in the future? We also invite readers to express your views.

The following article is compiled from Medium, author Daniel Colin James, and offers ideas for discussion only and do not represent the position of The New Wisdom.

(Writer/Daniel Colin James): Google's revenue comes almost entirely from advertising. It was a thriving business - until it began to decline. Let's take a look at one of the most spectacular crashes in the technology industry.

The search business is Google's only indisputable victory and its main source of revenue. So when Amazon quickly overtook Google as the preferred destination for product search, Google's roots began to falter. And, as many have pointed out, the online advertising business experienced a major shift from search to discovery around 2015. 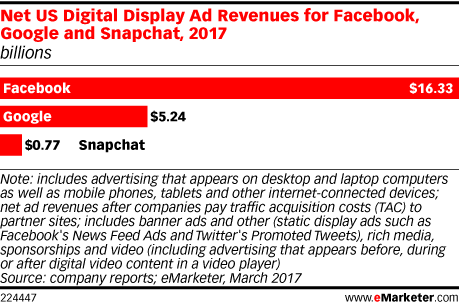 Facebook, Google, and Snapchat compare the use of display ads to generate revenue. Source: eMarketer

The user's preference when searching for an item. Source: Raymond James Research

At the end of 2015, Apple, Google's main competitor in the mobile space, added a feature to its phones and tablets that allowed users to block ads.

Apple's move in 2015, which accounts for an estimated 75 percent of Google's mobile search advertising revenue, also weighed the huge controversy over ad blocking and dealt a major blow to the future of the online advertising market.

More and more users are choosing to block pop-up ads on their phones, and there is no sign of slowing down.

A year on, as the Internet moves to mobile phones, so has ad blocking. From 2015 to 2016, the increase in the blocking of ads on mobile devices increased by 102%. By the end of 2016, an estimated 16% of smartphone users worldwide chose to block pop-up ads when using their browser on mobile devices. In the U.S., as many as 25 percent of people block ads from popping up on desktops and laptops, and 47 percent of Google's total revenue.

The people most likely to block ads are also the most valuable: millennials and high-income earners. 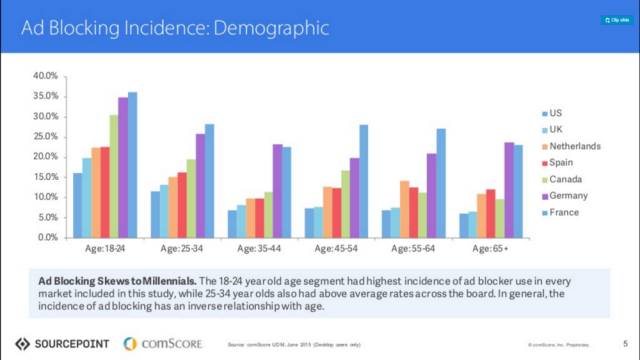 As we all know, Internet users hate advertising.

Even with such a desperate and legally dubious move, Google will soon know that the number of people blocking ads will continue to rise even as the quality of the ads gets better. Google's move gives more users a sense of what an ad-free Internet experience would look like.

The company found that people just don't like annoying ads. 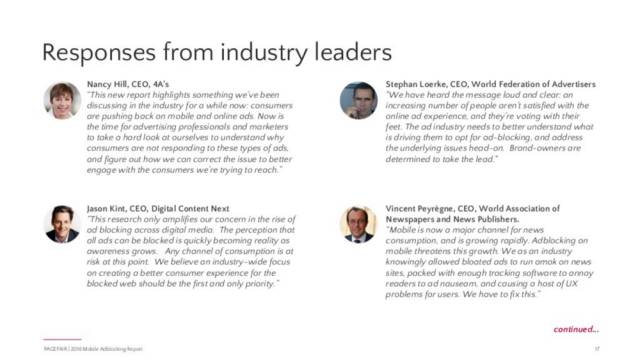 A key platform for Google's advertising is YouTube, which Google acquired in 2006 and quickly became one of google's largest entities. But even though one in six people (1 billion) of the world visits the video-sharing platform every month, YouTube has never made a profit. To combat ad blockers, YouTube launched its ad-free subscription model at the end of 2015, but the number of subscribers was small (only 1.5 million).

The problems facing YouTube have multiplied as advertisers have been controversial over YouTube's advertising ads earlier this year, and major revenue stream customers are leaving.

Those who don't block ads are also training themselves to ignore them completely. The researchers call the phenomenon "banner blind". The average youd-through youtube banner ad is only 0.06 percent, and about 50 percent of these clicks are accidental.

According to the survey, 54 percent of users reported a lack of trust for not clicking on banner ads, and 33 percent said they were completely intolerable. These figures provide a grim picture of the sustainability of online advertising, especially as Google's position in the industry becomes very serious.

The Opportunity to Turn to AI: Why Google Missed

If losing most of its users and upsetting the rest isn't bad enough, it's worse that Google has lost its lead in one of the biggest shifts in technology history. They've recognized the importance of artificial intelligence, but it's the fish. Because the search business has become a pillar of Google's precariousness, the company's strategy relies heavily on artificial intelligence. 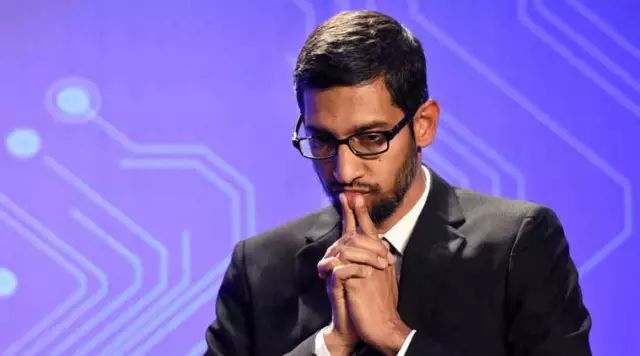 "We're going to move from the era of mobile first to the era of AI first. "

"The next big shift will be the disappearance of the concept of "devices" itself," said Sundar Pichai, Google's then chief executive, in 2016, "and over time, the computer itself, whatever its form, will become an all-weather smart assistant." We will move from an era of mobile priority to an era of AI priority. "

Google's ability to recognize the coming trend but still fail to take a big lead has many observers recalled the company's disastrous failure as social media and instant messaging boomed.

Meanwhile, in 2014, Amazon released a product called the Echo, a small speaker that can be placed at home, answer people's questions, and perform tasks such as shopping online for you. Echo was an overwhelming success. Two years later, Google also released google Home, the product for the Echo, but it's too late to catch up with the Echo. And so far, Google Home still doesn't have any clear revenue strategy.

Alexa, the virtual assistant behind the Echo, has also been quickly integrated into several services and products, and its profit model is clear, feasible, and, most importantly, feasible in the long run. Echo makes it easy to order products through Amazon, and Amazon makes money every time someone uses the Echo to buy something.

Google has expanded its reach by placing virtual assistants on Android, but that doesn't provide a clear answer: How can this technology translate into enough revenue to sustain Google's expanding innovation?

Google's ads rely on screens, and voice interactions completely disrupt them. Google has simply tried to use Google Home to play audio ads, but consumers are far from acceptable. Investors began expressing their concerns in 2017, but Sundar Pichai told them not to worry, assuming that Google would use their long-standing strategy of analyzing users' voice searches so that users could accept more matching ads on screen-enabled devices.

In early 2017, there were a lot of media reports proclaiming that "Alexa has conquered CES, and the next step is to conquer the world." Amazon then provided the technology to third-party manufacturers, further widening the distance from Google. Previously, Amazon had successfully beated Google's previous dominover of 54 per cent of the cloud computing market in 2016 (compared with just 3 per cent), and Google was just getting started. By early 2017, Amazon had gradually become a siege across the retail industry.

Google has been a driving force in the industry since it entered the technology industry in 1998 as a disruptor. But in a world where people despise advertising, Google's business model isn't innovative enough, and they miss several opportunities to become leaders, ultimately making their myriad ambitions unsustainable. Innovation requires money, but Google's main source of revenue is already drying up.

In just a few years, Google has gone from an interesting, common verb to a keyword that marks the giant's rapid decline.

The raging Amazon: AI's Golden Age must be a war

"It's a renaissance, it's a golden age. Bezos said at the Internet Association's annual meeting last week.

"We're now using machine learning and artificial intelligence to solve problems that have been in the realm of sci-fi for decades. Natural language understanding, machine vision problems, and so on, it's really a great renaissance! "

Bezos sees AI as an "empowerment layer" that "promotes all industries". He said "cool" developments such as Alexa and Express Drone Prime Air had used "a very large number" of AI.

"I have to say that much of the value we get from machine learning is not on the surface. It improves search results, improves accuracy in recommendations to consumers, and improves inventory management. Bezos said. He also said Amazon is enabling its enterprise customers to benefit from AI technology through Amazon's cloud AWS.

Amazon's previously obscure catch-up momentum is strong, as its CEO Bezos says, it is a golden age, and no one will easily give up the right to compete, believing that Amazon and Google will have more direct competition in the future.

相关Read
更多文章
微信扫一扫
使用小程序
Cancel 允许
Cancel 允许
知道了
确定
SHARE ON TwitterRedditTumblrEmailBufferLinkedInPin It
Google's average ad ranking is about to be replaced: How can new metrics be used to optimize Google ads?
Ads, ads or ads, it's time to get out of Google search

Google's ad revenue growth slows, will push map pay-for-advertising busine
With $270 million a day, how does Google's advertising system become a money-printing machine?
How do I run ads on Google Ads? In just 12 steps, teach you how to advertise on Google!
Google Ad Country
Direction of the No. 1 wind . . . 2019 Google Ad