Jack Dorsey, Twitter's chief executive, announced that the platform had decided to ban political advertising, saying the huge influence of online advertising "poses a significant risk to politics."
In an article posted on the platform, Dorsey clearly explains the company's decision and the reasons behind it:
When people decide to focus on an account or forward it, political messages are disseminated.And paying for it can influence the behavior, forcing people to embrace highly optimized and targeted political information.We don't think this behavior should be influenced by money.Although Internet advertising is very powerful and effective for commercial advertisers,But this power also poses a huge risk to politics, which can be used to influence votes and the lives of millions of people.。

We have decided to stop all political advertising worldwide.We believe that the dissemination of political information should be based on effort, not by spending money.

Director of Policy, FIPP and Change.org, Association of Professional Publishers, UK（PPA）Kerry Kent, a former director of legal affairs, spoke and said it was a positive move, but more needed to be done in that regard:
"It's definitely a step in the right direction," Kent said."If they go even further than the UK's broadcasting rules, as described in Dorsey's tweets, the new rules allow only a limited number of political party ads," he said.”
Having said that, Dorsey's statement further pointed to the real problem.Twitter may not make any more money from political adsBut has it done enough to control the proliferation of false information and malice?How can i find a balance between controlling misinformation and ensuring freedom of expression?More importantly, how do you prevent malicious individuals from taking your good intentions as an attack on their freedom of speech? There is no easy solution. Recent efforts are a good start, but there is much more to do. "
In fact, Britain finds itself particularly relevant to the debate, as the government announced earlier this week that it would hold new elections in December.Does banning political advertising on Twitter be good for the current president? That is, will it be harder for the opposition to get into the country's public political discourse if the paid dissemination of information is eliminated?
But Dorsey disagrees: "Some people might think that what we're doing today might benefit the incumbent," he told us further on Twitter."We have seen many social movements reach large scale without political propaganda.I believe this will only increase.”
Time will tell, but the timing will be interesting for those on the Atlantic coast: Twitter will share its final policy on the issue on November 15th, with implementation starting on November 22nd, less than a month before the UK general election(December 12)。
Of course, another market that will be closely tied to this decision is Twitter's U.S. territory. Here, timing is just as important. Many commentators agree that the news was made by Mark Zuckerberg（Mark Zuckerberg）It is preparing to be released as Facebook releases its latest financial results. Facebook is currently under intense scrutiny over its political advertising policy.
Hillary clinton（Hilary Clinton）One such commentator wrote on Twitter: "This is the right thing to do for democracy in the United States and around the world. What do you think, @Facebook?"
Twitter's decision is undoubtedly a big one, and it seems to have immediately changed the already turbulent media landscape.FIPP recently looked at TikTok and how it made the decision to ban political advertising, as well as the young Turk network, which announced earlier this year that it would reject advertisers who did not match the channel's values.
For Twitter, this is a bold position that seems to be a far from Facebook's current position.In the context of the broader social media ecosystem, this may also ultimately represent a landmark step in the fight against the spread of fake news. 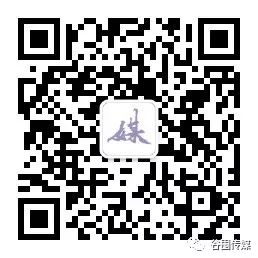 相关Read
MoreMany文章
微信扫一扫
使用小程序
Cancel 允许
Cancel 允许
知道了
确定
SHARE ON TwitterRedditTumblrEmailBufferLinkedInPin It
Twitter policy updates! Political advertising must comply with these rules!
Deep POINT . . . Don't know the effect of advertising what to do? Twitter is a feature to help you!

US election nears Twitter tightens restrictions on political advertising
FB, Google and Twitter have banned cryptocurrency ads because Boss doesn't like it?
Pinterest: The next social ad for SuperFB and Twitter?
Twitter's advertising revenue will reach $2.61 billion in 2016, with mobile mobile accounting for 88.9%
Twitter 'goes to the bottom of the way' to virtual currency ads after Google and Facebook