A political message should be earned, not bought. That comes from Twitter CEO Jack Dorsey via tweet, of course, in his announcement that Twitter will take the drastic step of no longer allowing political advertising. The decision comes as Facebook has been in the spotlight for refusing to hold politicians accountable for misleading or factually inaccurate ads. NPR's tech correspondent Shannon Bond has the story and joins us now.

CHANG: So what's going on here? I mean, how did Dorsey explain why Twitter would no longer be taking any political ads?

BOND: Yeah, so he says they're not going to take political ads anywhere in the world starting next month. And he says it's not about free speech or free expression. It's about whether politicians and campaigns should be allowed to pay to reach Twitter's hundreds of millions of users. Dorsey's argument here is that Internet ads are really different than other kinds of ads that we've seen before because the speed and the scale at which social media in particular lets misleading information spread and 'cause of the targeting that's allowed there, right? Those messages can end up in front of really susceptible people. And so he's also calling for more regulation of political ads that takes into account these differences and just how powerful the Internet is as a way to reach people.

CHANG: I mean, this is a really major decision at a time when there is this ongoing big conversation about the role of social media and political advertising.

BOND: That's right. Twitter's breaking, really, here with Facebook. I mean, most of all - I mean, that's - Facebook is sort of the elephant in the room here.

BOND: There's this big debate going on about political ads, and Facebook in particular has taken this really hands-off approach. So the latest uproar in the past couple weeks about this was kicked off by this ad that the Trump campaign ran that contained false allegations about Joe Biden. And they ran that ad on Twitter, on Facebook, on YouTube.

The Biden campaign complained, but the platforms all said that the ad didn't violate their policies. And that really maps with what these tech companies have been saying recently. They don't want to regulate speech, particularly political speech. And it's mostly that they don't want to be accused of bias by deciding what's true and what's not true and kind of being that judge.

CHANG: I can't help but wonder - I mean, it can't be a coincidence that Mark Zuckerberg at Facebook was asked about all of this just last week when he was speaking at public events. How has Facebook been responding to all the scrutiny over political ads?

BOND: Yeah, you're right. Zuckerberg has been all over the place talking about this. He gave a speech at Georgetown University. He was at Capitol Hill. And he's been defending this policy. So just a reminder - Facebook has said it's not going to fact-check political ads, even though it fact-checks all other kinds of ads.

BOND: And that's left the door open for politicians to lie. People have been testing Facebook. Elizabeth Warren ran a deliberately false ad. And, you know, after Zuckerberg gave that speech at Georgetown, Dorsey went on the attack. You know, he said that there was a major flaw in Zuckerberg's argument that Facebook's just, you know, promoting free speech here.

So in some ways, this isn't a super surprising change. And in the tweets, you know, today laying out this policy, Dorsey referred pretty clearly to Zuckerberg. You know, he said, you kind of can't say we don't want to spread misleading information, but it's OK if people want to pay us to spread misleading information. And he followed that up with a winking emoji. I think it's a pretty clear reference.

CHANG: Still, how might this decision by Twitter to not take any more political ads affect profits there?

BOND: It'll have some financial impact on Twitter. It's a popular place for politicians to advertise. And, you know, Twitter doesn't break out how much money it makes from political ads, but it says it's not a substantial portion of the total advertising sales. But it's not nothing. And, you know, the Trump campaign has already responded. And it said Twitter just walked away from hundreds of millions of dollars and called the decision a very dumb move. But ultimately, I think this means people are going to be asking, really, what it means for Facebook, the social media platform that's a lot bigger than Twitter and runs a lot more political ads. So the ball's now in Facebook's court. Are they going to follow suit?

Thanks so much, Shannon.

BOND: Thanks for having me.

Copyright © 2019 NPR. All rights reserved. Visit our website terms of use and permissions pages at www.npr.org for further information.

NPR transcripts are created on a rush deadline by Verb8tm, Inc., an NPR contractor, and produced using a proprietary transcription process developed with NPR. This text may not be in its final form and may be updated or revised in the future. Accuracy and availability may vary. The authoritative record of NPR’s programming is the audio record.

1. in the spotlightto be at the center of public attention;

2. the elephant in the roomObvious and overlooked facts 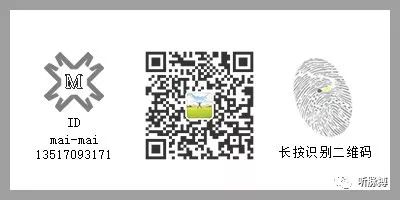 The qq group currently established ( McMee English)CommunicationGroup ( McMee English)TrainingGroup has gathered a group of love of learning, love of English small partners, if you also want to improve your comprehensive English literacy, come and join it.

If this article gives you a trace of harvest

Think it's nice, please give me some“Looking at it.”