- Every Monday . Take stock for a week -

Weekly inventory of your major media at home and abroad advertising product dynamics,

The world is read all over, the whole world is in hand.

Jack Dorsey, chief executive of social media Twitter, said on Wednesday that the company would begin banning political advertising on its platform next month as the social media platform was under intense pressure to stop the spread of false information and manipulate elections, foreign media reported.

Dorsey said in a statement:"We've decided to stop all political advertising on Twitter around the world.We believe that the influence of political information should be won, not bought in exchange.Analysts did not expect the move to significantly reduce Twitter's business, but its shares fell 1.8 percent in after-hours trading.

Social media companies, including Twitter and its rival Facebook, are under increasing pressure to stop publishing and disseminating inaccurate informationSue. (Source: Hugo.com)

Netflix, the streaming video service provider, has just introduced a feature update for its Android client, which is double-speed playback. But with so few reports and no updates on every device yet, Netflix's speed-up may still be in limited testing. Before this, many podcasts and video players have introduced playback speed controls. (Source: 36 Newsletter)

Facebook recently released its third-quarter 2019 report, which shows that facebook users and overall revenue continue to grow.
The first was the number of users, with Facebook's daily active user base increasing by 36 million in the third quarter and the DAU to 1.6 billion.。The number of new users also increased from the previous quarter (25 million), in line with DAU's growth trend, and Facebook's DAU in North America also increased by 2 million.At the same time, Facebook's monthly active user base increased by 35 million to 2.45 billion.
Facebook's revenue reached $17.7 billion in the quarter, up 29 percent from a year earlier, and is expected to reach nearly $70 billion for the full year 2019.Facebook also noted that mobile advertising revenue accounted for 94 percent of its overall results, up from 92 percent in the third quarter of 2018. (Source: Wood-cutting Network) 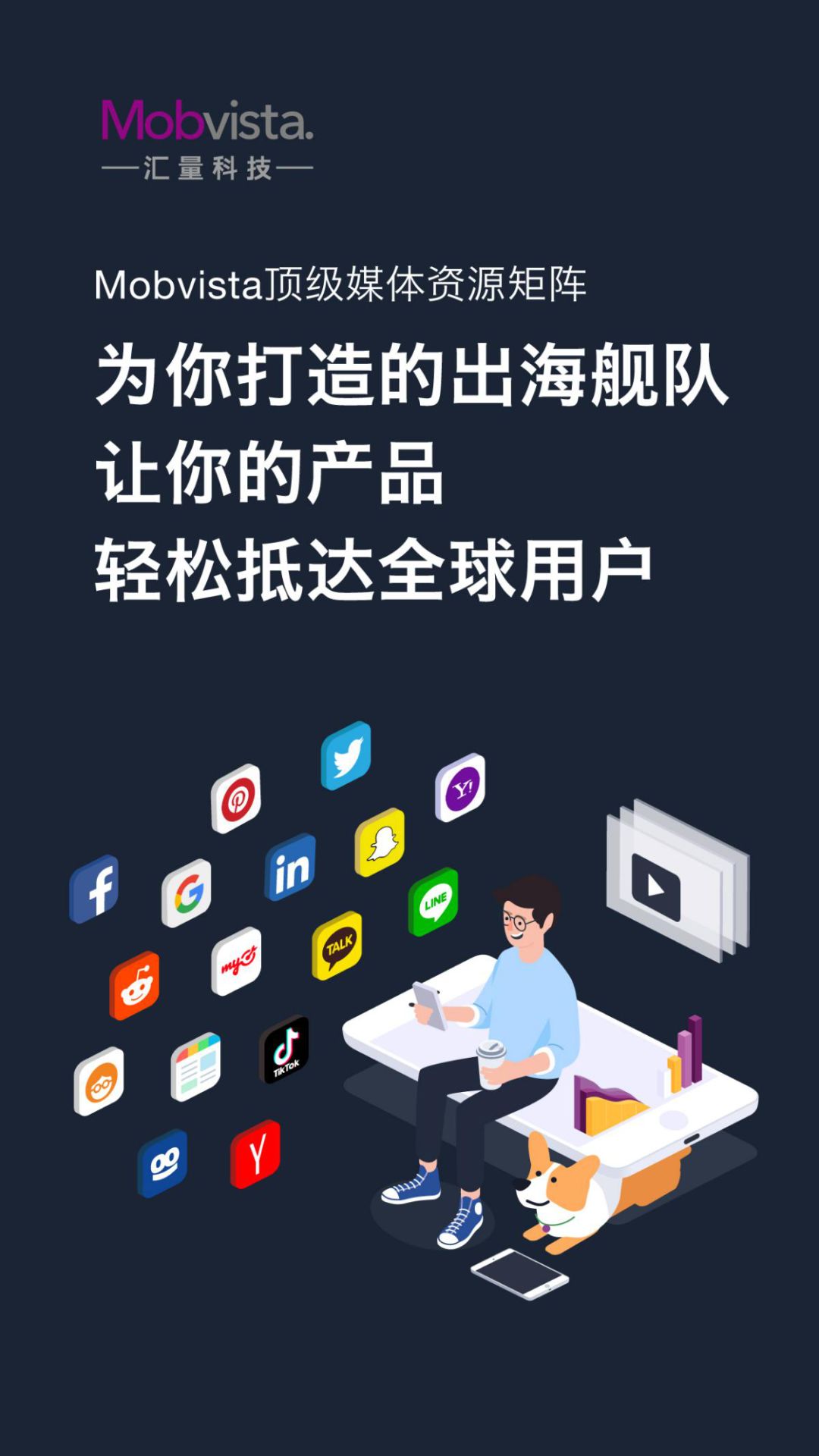 Mobvista works closely with major media platforms around the world.

From design, execution to optimization,

Perfect control to promote every process,

We will reply the first time