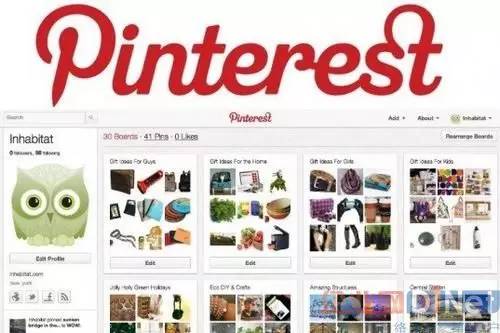 March 9 (UPI) -- Image-sharing social network Pinterest is expanding its advertising business and customer base to better compete against rivals Facebook and Twitter, according to foreign reports.

Pinterest announced Tuesday that all small and medium-sized businesses in the United States will have the right to use the company's self-service advertising platform. Pinterest also increased the number of keywords and specific interests, allowing advertisers to better target ads to Pinterest's more than 100 million users. Advertisers will also be able to target existing customers on Pinterest.

Pinterest's new move will narrow the gap between ads to rivals Facebook and Twitter, which have already introduced similar features to advertisers. For Pinterest, increasing revenue by expanding its advertising business is crucial because the company needs to prove to investors that the company's $11 billion valuation is value for money.

Pinterest began to seriously consider revenue generation last year. The company launched its "Promote Pins" ad in May last year. Pinterest said at the time that through the ad service, advertisers would be able to pay to make their Pins more visible. The company also announced in June that it was testing a new project that would allow anyone or business to pay to promote their Pins, which would be seen by more web users. In November, Pinterest introduced a new technology that lets users search for images within the site without entering text. Pinterest's new tool, for example, allows users who like a restaurant lamp to search for pictures of lamps of similar styles or colors.

Pinterest launched a self-service advertising service in June 2014 that allows merchants to use credit cards to buy ads and track advertising performance. The project has been under secret testing, with "tens of thousands" of small and medium-sized businesses signing up to use the service. Tim Kendall, general manager of Monetization at Interest, said advertising revenue now accounts for "a significant share of the company's revenue." Kendal, however, declined to give specific figures.

Mr Kendall said an in-house survey showed that 90 per cent of existing small and medium-sized advertisers said they planned to buy more ads on Pinterest over the next six months. Mr Pinterest said advertisers were now able to target 420 "interests" on the company's website, up from 30 previously. By segmenting users' "interests", advertisers are now able to reach users who have been checking men's shoes or men's jackets, no longer users who used to touch only those interested in men's fashion.

In addition to advertising, Pinterest is exploring new ways to help marketers use their data to run ads on Pinterest. For example, a marketer might be able to use the Pinterest platform to push special offers to their existing customers. This can help e-commerce companies redirect users who have visited their websites but have not purchased products. Pinterest is also exploring ways to combine online behavior with physical store shopping practices, and is currently piloting at Wal-Mart and Target.