As users increasingly look forward to more personalized interactions with brands, many brands also want to create a more seamless user experience for consumers in multi-level advertising jumps. Today we're introducing a video site ad card that creatively gives vivid video the ability to channel streams, enabling users to click on and buy or jump to the site as soon as they are attracted to the video. Daji, a pioneer in china's global flight imaging system, used the product to promote DJI Spark as the first Chinese brand to use a video site advertising card.

The advent of Video Website Card allows you to achieve multiple brand goals at once, while filling the gap between different goals. Brands can use video site ad cards with First View (First Trend) to publish new products for higher exposure, or they can direct users to click a button to go to a designated page to learn more, or promote video game sales through game videos, which can reduce consumer interaction, Learning and changing the jumps in the exchange rate makes the experience more complete. 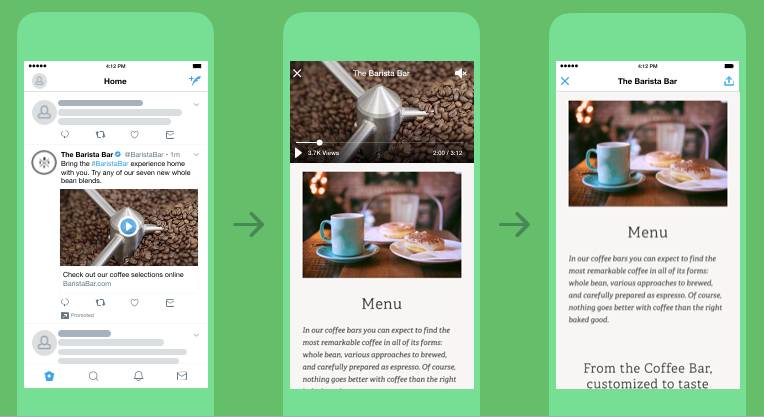 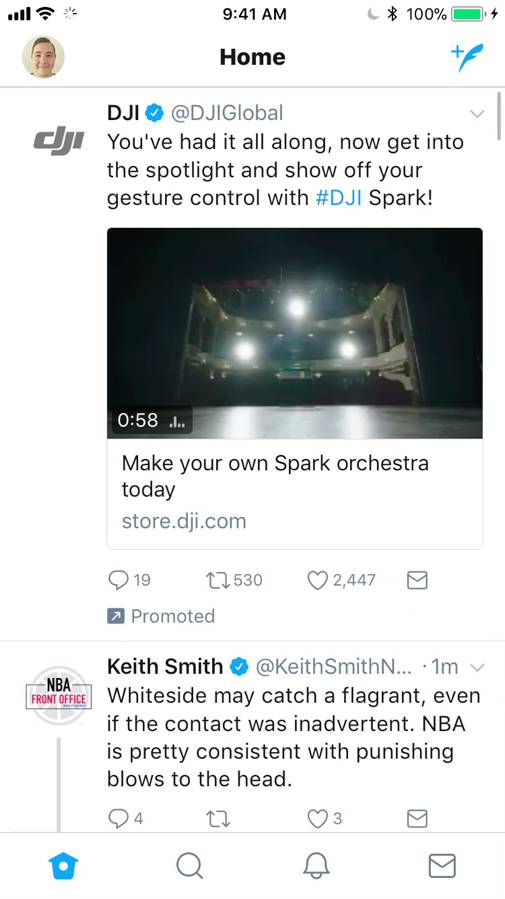 Similarly, @guptamedia, which has tested products with a number of customers, including Republic Records ,@RepublicRecords, uses video site ad cards to drive online traffic to hip-hop artist @heyamine's debut album, "Good For You."

"The video site ad cards allow us to capture users' attention with compelling clips in the Amin? music video and link them directly to Spotify, where they can hear the full track. We had 53,000 hits on Spotify at a cost of $0.04 per click and nearly 303,000 video views. With this successful campaign, we hope to use this ad product as much as possible in more strategies later. "

• Increased brand engagement In addition to video, other creative designs attract consumers to the site to learn more or interact. For example, Bank of America (@BofA_Tips) uses interesting illustrations to showcase the capabilities of its Mobile Banking APP and direct users who want to learn more to click on their website. 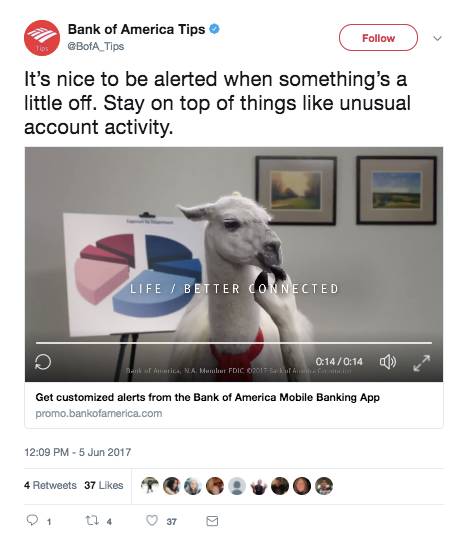 "It's great that fan interactions don't end with the end of the video. When we win their attention, we can take the opportunity to showcase the benefits of Bank of America APP and get those interested in learning to click and learn more. In our campaign, our site has received thousands of visits. "

• Grab the consumer's attention On mobile devices, the video is pinned to the top of the screen, and the video continues to play when the video is loaded by the website below. Through this experience, we have seen a significant reduction in the number of users who exit while waiting for the site to load. In fact, the average user retention rate in the tests increased by 60% from the industry average.

Jaguar America (@JaguarUSA) uses this product to entice users to watch videos about the F-Type's smooth design and jump to the website to learn more. 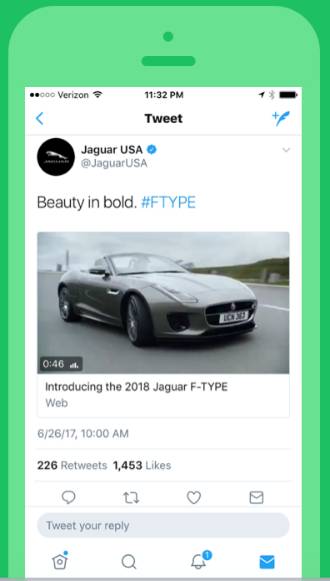 "The video site ad card allows us to visualize the new Jaguar F-Type for 2018 and direct consumers to the site for more details. Users can continue to watch videos while waiting for the site to load, a smooth process that increases the efficiency of website traffic by 25% compared to using still images.

相关Read
更多文章
微信扫一扫
使用小程序
Cancel 允许
Cancel 允许
知道了
确定
SHARE ON TwitterRedditTumblrEmailBufferLinkedInPin It
What you learned about advertising on Twitter can save you a lot of money...
CP Dry: Some Information about Twitter's advertising