Attention is only 8 seconds! Google Announces 3 Trends in YouTube Ads in Thailand

YouTube is a major platform for online marketing in Thailand, with more and more brands choosing to run ads on YouTube.Not long ago, Google Thailand announced the top 10 youTube ads in Thailand in the first half of 2017 and summarized three trends:

Content itself is a major factor in attracting users to ad. Many brands choose to speak by speakingStory"The way we communicate demand to consumers. "Story" is associated with the characteristics of a brand, or is either dramatic, moving, or highly entertaining.

The length of advertising is not the main factor. The top 10 ads are between 1-11 minutes long.

Over the past few years, moving advertising content has been popular with Thai users. But last year, brands began to look for new perspectives on communication, and music-based advertising was fierce.。Five of the top 10 ads used songs as part of the ad.

Television ads are usually popular stars and so on as spokespersons. But the online/offline influencers involved in YouTube ads may be online red or YouTube content creators, among other things, because they have a strong fan base in the internet world.

Up to eight of the top 10 adsinfluencer participation.

This year, Thailand remains one of the top 10 countries on YouTube's global average viewing time. Eighty-nine percent of Thai users watch YouTube videos every day, and 71 percent watch you more than once a day, according to TNS and Google. 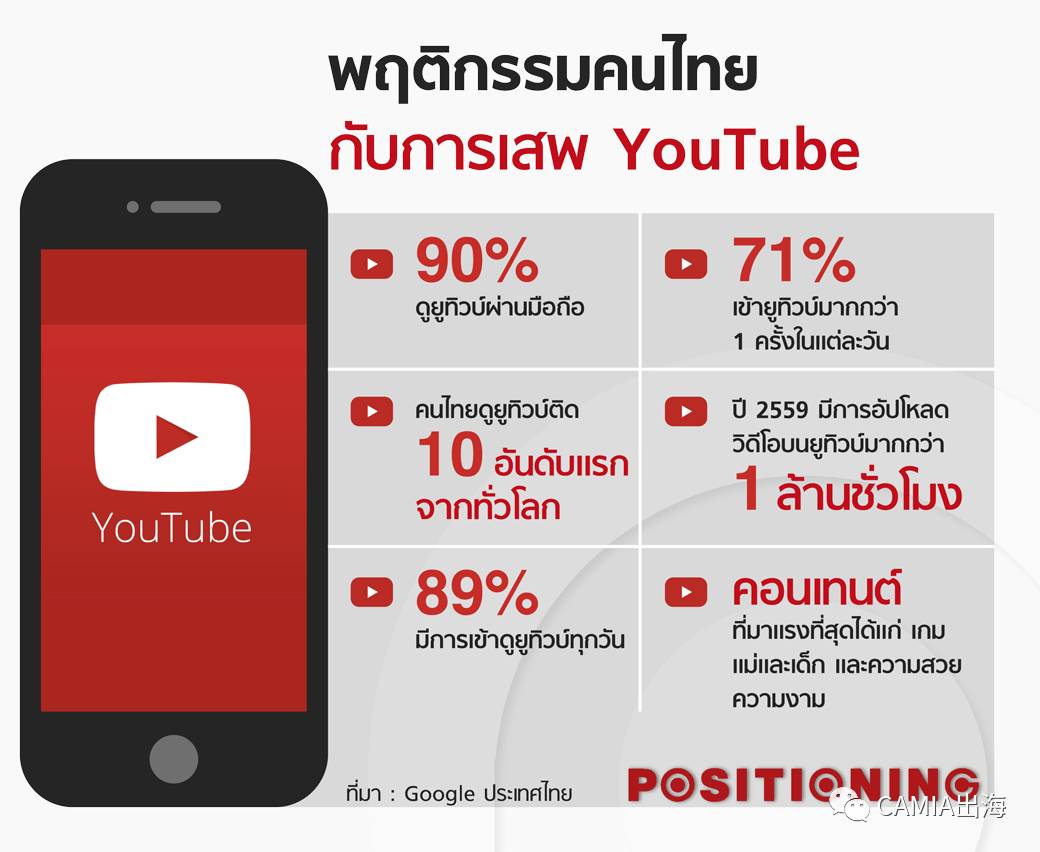 Three years ago, most users watched from the computer, but today, nearly 90% of the viewing comes from smart machines. Moreover, 61% of Thai users have spent more time watching YouTube than TV, indicating that users are spending more time on YouTube. 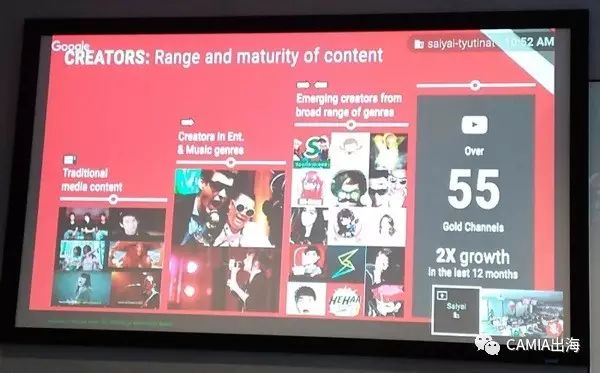 Google Thailand said: YouTube in Thailand, the launch of the initial, the gold channel for traditional media (such as GMM, RS, 3 and other entertainment media), and then entertainment music content creators more and more (such as VRZO, etc.), and then emerged in various vertical areas of new content creators, such as games, family children, Tourism as well as beauty and other fields. 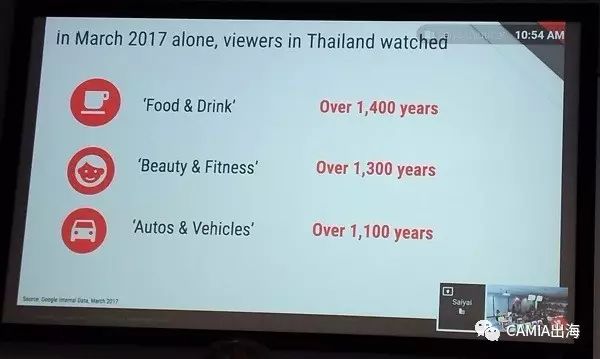 Thais are online for 8 hours a day, but attention is only 8 seconds.

Web Global Index survey found thatThai lifeTheMutualNetworkingThe average daily spend on the Internet is about 8.3 hours, with the mobile side taking four hours. And watch TV for about 2.3 hours a day, of which 75% are multi-screen users, will watch TV while playing with mobile phones.

Today, Thailand sells about 15 million mobile phones a year.As smartphone sales have grown, so has the number of multi-screen users, making the attention of Thai users shorter and shorter, from 12 seconds in previous years to 8 seconds, the challenge for marketers is growing.”

Micro-signal: CAMIA out to sea

For more information, please find out at CAMIA's website: www.camia.cn