How YouTube became an essential platform for Super Bowl ads

Because of YouTube's influence, people could have seen ads a few years ago before the Super Bowl, but it's much more than that. 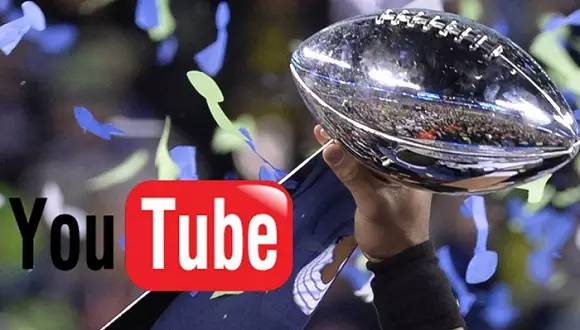 On Super Bowl night, YouTube may never replace live television in football fans. But For fans who are more interested in advertising, YouTube is just as important.

On January 20th YouTube re-released its advertising platform, AdBlitz. The platform allows Super Bowl advertisers to broadcast multimillion-dollar television ads on it. AdBlitz is a YouTube channel with a separate URL that fans can watch and vote for their favorite ads. For the past seven years, the platform has been open to a large number of advertisers. According to Tara Walpert Levy, Google's acting sales manager, the number of ads on the AdBlitz platform has grown exponentially over the past few years.

Last year alone, people watched Super Bowl ads on YouTube for the equivalent of 1,600 years. Nearly 40 percent of the viewing time takes place before the official match day, and the duration of the ad during the game is 300,000 hours.

"We're doing this because we have some unique original ideas about how to attract consumers to the platform to watch ads," Levy said of Google's investment in AdBlitz. Consumers have almost put everything into the second screen experience. "

AdBlitz has such impressive viewing data that marketers have good reason to consider running ads on YouTube.

And this year, Google, YouTube's parent company, is starting to raise chips on it. On the morning of January 20th, Levy announced in New York that Google would also launch a new live advertising tool. The tool will no longer be limited to the type of video ads that run on AdBlitz, but it will allow marketers to cater to the big moments of live events and use all of Google's open platforms to run various types of ads. Whether it's a key goal, an emergency in the presidential election process, or an impressive acceptance speech at an awards ceremony, advertisers can advertise at the touch of a button that is relevant to that moment.

Also joining the game is Twitter, which also offers similar ad push features. The tool is still in the middle of testing and will be available to more marketers later this year. But the tool has been a small test knife on the night of the Marco Rubio Super PAC debate and at this year's Oscars. Comcast will also install a real-time advertising system.

"It allows marketers to connect with current events in a more in-depth way, " says Levy.

Whether or not they end up choosing a live advertising platform, YouTube data shows that TV ads produced by marketers have gained a significant amount of viewers on YouTube's Super Bowl platform. Mr Levy said advertisers who were based in AdBlitz watched four times more ads on average than those who were not. Those online ads that run before Super Bowl Day were 2.2 times more likely to be viewed on game day.

Levy acknowledges that YouTube is still largely a complement to traditional Super Bowl ads. After all, last year's Super Bowl was the highest in television history. This is a position that advertisers, with a television audience as their main audience, must not lose their way. But as more rugby fans choose second screens before and even during game days - especially mobile terminals - YouTube's message to advertisers is that by incorporating YouTube into their game-day advertising strategy, their advertising spending will create more value.

相关Read
更多文章
微信扫一扫
使用小程序
Cancel 允许
Cancel 允许
知道了
确定
SHARE ON TwitterRedditTumblrEmailBufferLinkedInPin It
Why youku.a.e. is 120 seconds long, while YouTube is only 5 seconds!
YouTube's skipable ads, Youku to see why the World Cup doesn't have this benefit

Minutes, let you learn to run YouTube ads and never worry about traffic.
YouTube "14.21.54" to advertise the magic version
Youtube ads can skip, not for the customer experience, but for the sake of making a lot of money!
Think about the fearsome YouTube to skip ads!
The Latest: Why do YouTube ads skip in just five seconds, but make more money than domestic video sites? That's the reason!