Why can YouTube skip ads? Business strategies that look stupid but are actually smart.

Weixi refers to the north

A watch you will be the top of the technology Internet public number, author Wei Xi, a weekly in-depth article analysis of the Internet, advertising, marketing-related underlying logic!

One of the interesting parts of real business is that you think some strategies are stupid but they're smart, and today we're going to look at these interesting cases

The first case that looks stupid but actually smart is that YouTube's skipable ads, I'm"Think of the fearful YouTube skips ads"The design seems to have given up a lot of benefits, but this simple button can attract audience attention, help advertisers to make a ding-name quality judgment, and can optimize the effectiveness of advertising from the mechanism. 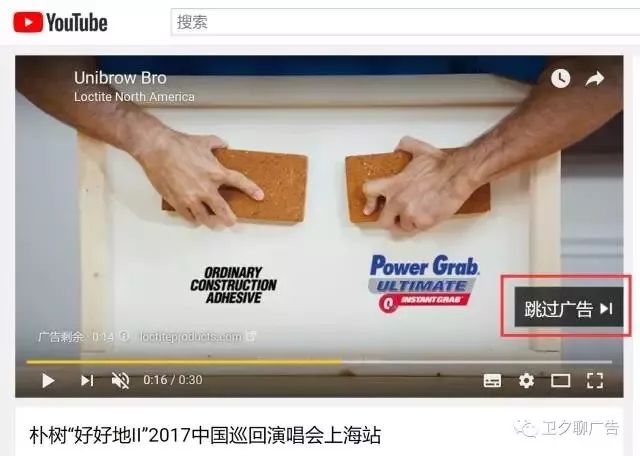 Another example is Google, which, as the world's largest online advertising provider, should not be blocked, while Google's Chrome browser welcomes ad-blocking plug-ins, the most famous of which is called Adblock plus. The plug-in has already reached more than 50 million users worldwide, so what about Google's goal in doing so? 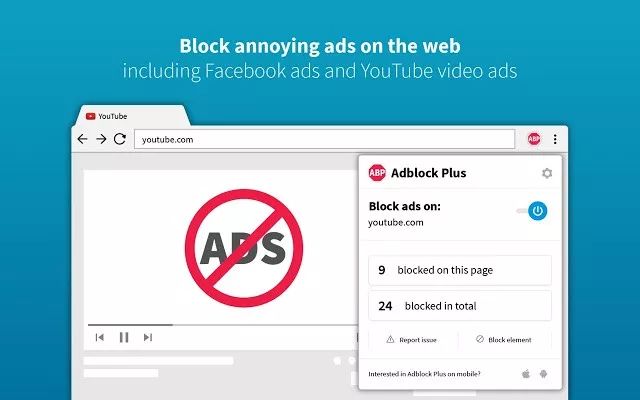 In fact, Google's idea is that those who are willing to bother to install ad plug-ins are indeed not interested in advertising people, their own ad conversion rate is particularly low, it is better to let them not see, so that it can also provide a focus on the user experience of the reputation, and even Google plans to develop their own advertising blocking tools, because Google feels that, Instead of letting users use other blockers, do it yourself, so you can know which ads they've blocked.

The third example, we receive scam text messages, often very mentally retarded, at first sight is a fraudster, I often worry about the fraudster - on this IQ can cheat people?

The fourth example is price discrimination, McDonald's will issue coupons around the restaurant, the ticket recipient can buy hamburgers in a very cheap way, if really want to promote, McDonald's why not directly reduce prices and take this inefficient way of hiring coupons? 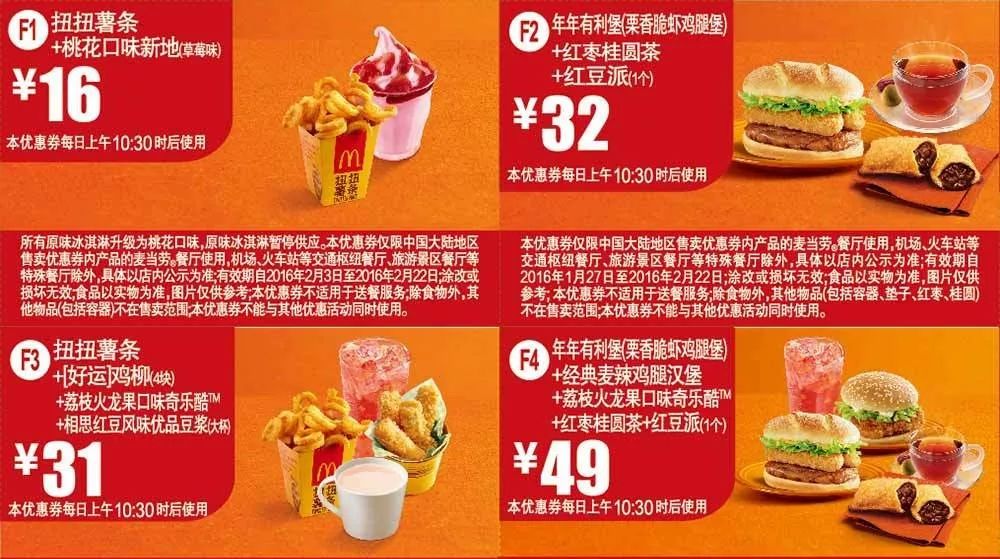 Because it is through this mechanism to distinguish between price-sensitive people and price-sensitive people, those who are willing to go around the restaurant to receive coupons are mostly students or people with limited earnings soon after work, McDonald's earns less for them, but still makes money, and for those who think the collar is a disgrace to couples, white-collar workers, McDonald's sold them at the original price, making more money.

With a small coupon, McDonald's can easily distinguish the crowd.

Fifth example, many genuine software, such as Photoshop, usually openone to pirates because they can't technically do it?Of course not, Adobe, PS's parent company, which has a market capitalisation of 1,300, is extremely strong in the industry.

The logic of Adobe is that those who are willing to spend a whole day on various download forums to download a pirated PS are less valuable, and even if they use a strong, tight anti-piracy technology strategy, they are not likely to become Adobe's paying users. Because with their consumption concept even if they can afford to basically buy a list price of 3485 pieces of genuine PS, and pirates open one eye closed can also cultivate the software's overall user base, access to market share. 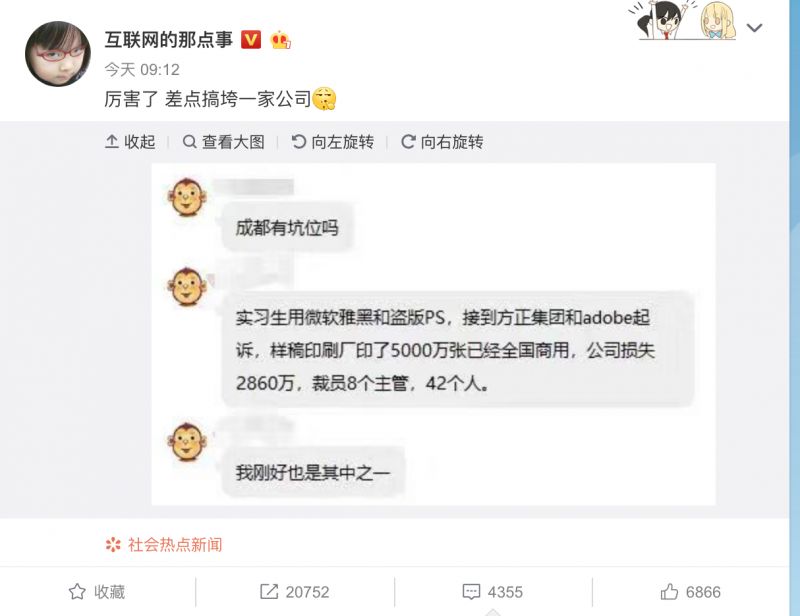 (The figure is from the network)

One thing that makes people look stupid but actually smart is that they all use a natural screening mechanism to screen different people to set a strategy for their target population, but to adopt a profitable, friendly strategy for non-target groups, which makes people look less smart. But in fact, the stated goal has been achieved.

The important lesson of these cases is that any strategy should consider whether a mechanism can be used to distinguish between the target object, rather than a one-size-fits-all, and a closer look reveals that this screening mechanism contains a very high degree of wisdom.

In contrast, there are some strategies that look very shrewd, but turn out to be some stupid, and let's look at some cases

The first example, the Cobra effect: 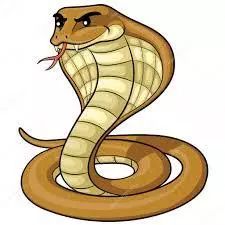 During the British colonial rule of India, when the British government found local cobras rampant, and the then Governor of India, in order to solve the problem by means of an economic solution, the colonial government announced that the public would receive a reward of 4 pounds for every cobra killed, a few months after that strategy did work well. Cobras decreased significantly, however, and soon the colonial government found that cobras were getting more up again, so why?

It turned out that smart Indians in order to reward, have started to raise cobras at home, after growing up to kill the government to receive the reward, so cobras flooded, and finally, the British colonial government had to cancel this incentive policy.

Another case is the minimum wage system, which was set to protect the interests of the poor, but can it really work?

Behind this is the recent wage system that distorts the basic assumption stake in economics that prices are determined by the supply curve and the demand curve, and the economist Friedman describes the minimum wage designation as typical of "good intentions and bad things" in his book Capitalism and Freedom. 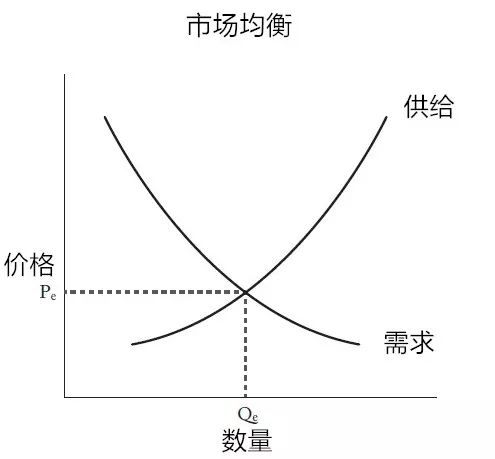 Let's look at another case, in the late 19th century, European palaeontologists came to China, they found a lot of dinosaur fossils in the central and western regions of China, but most of these fossils are in the hands of local farmers, so they spent money to buy dinosaur bone fossils from local farmers, But they soon found that the dinosaur bone fossils were very scattered, rarely can buy particularly complete, large fossils, why?

After their careful investigation found that they bought by "pieces" to buy, smart Chinese farmers then put their hands of large fossils to do everything possible to split into pieces for sale in batches - the god horse-like incentive mechanism will produce the results of god horse-like.

And in the 1960s, in order to reduce the number of car accidents caused by casualties, the U.S. Congress introduced strict auto safety laws that require every car in the United States to have mandatory safety devices such as seat belts, which we intuitively think would be good for reducing traffic casualties, but it's not that simple:

A 1975 study by economist Sam Pezman revealed another truth - that the law did reduce the number of deaths per car accident after its implementation, but increased the number of crashes and even the number of pedestrian deaths because seatbelts affect edidoses and drivers drive faster because of the presence of seat belts More unbridled, therefore, the impact of any strategy is not as simple as we think.

These strategies, which look smart but don't work, often have one thing in common - they forget that people will react to incentives, so it's important to design good incentives, and a good incentive mechanism should be both an effective mobilization and preventing the distortion of motivation.

Video click-through weight in YouTube's early recommendation mechanism is very high, click-through rate is of course a very important indicator, but the result is that every contributor who uploads the video is racking their brains to make the title sensational, the cover to become a shock, while ignoring the importance of the video itself.

YouTube later updated its algorithm to optimize the importance of other indicators such as playback completion, playback duration, attention, and number of views, effectively cracking down on the title party and the cover party.

Advertising "effect war" is not good to fight? See how YouTube helps brands break!
YouTube has $15.1 billion in ad revenue, but it's not as good as Instagram? Morketing Global
Easy review: From the Youtube ad: Google back Who's going to hang up?
Some thoughts on YouTube advertising model
What kind of magical existence is the perspicarcity of the perm of YouTube skipping ads?