Why does the magazine rely on a plagiarized ad brushing up the BBC, YouTube and other foreign media?

In the advertisement, a dirty black man with paint goes into the house and kisses a Chinese girl, only to be stuffed into a washing machine by a Chinese girl and washed with a better-than-playful laundry beads, and when he comes out again, the black has become a clean Chinese.

It's all over the BBC, Vox, The Wall Street Journal, Facebook, CNN, The Washington Post, Daily Mail, Houghton Post, New York Daily News, YouTube, Twitter and other foreign media, not only brushing the BBC's home page. On YouTube, there are millions of hits and lots of comments, and they are also described as "the most racist ad of 2016." 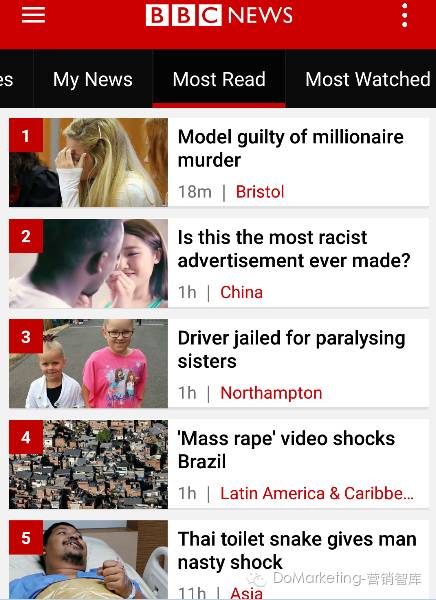 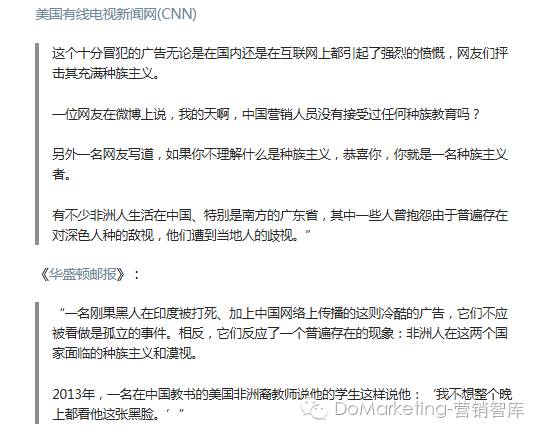 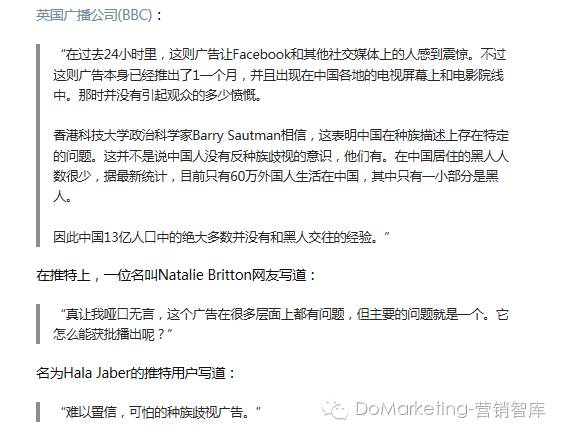 HoweverWhen the Global Times spoke to the magazine about the issue, officials said they did not take racial discrimination into account when they filmed the ad, which was shot purely in 2016Promote products. When told that the ad had caused controversy abroad, the person in charge said, "It may be that they are too sensitive".

It is understood that the film, as early as the beginning of March this year began to warm up, and on March 31 in the official WeChat public account released a full 50-second version of the ads, but did not attract much attention at that time. On the weChat public account, the ad has only 25,300 hits and 1,000 likes, and so far Playful has voluntarily deleted the ad article.

This shows that it is this advertising content was "exported" and was branded as suspected of racial discrimination by foreign media, which ultimately led to popularity. In fact, in the domestic marketing circle, there is no shortage of "export to domestic sales" case play, so also do not rule out this event isQiaobi intends to plan an active marketing event: since the domestic initiative to spread silent, the demand placed on foreign social media, borrow foreign media to stir up controversy, and then the news "domestic sales" to the domestic, after all, the domestic media like to quote foreign media.Although criticized by foreign media as racial discrimination, but at least the popularity of The Better is soaring, and on social media in the country, the foreign media to attack the do-it-yourself public opinion is also quite a lot, which is in sharp contrast to foreign public opinion.

Of course, in the fight against racial discrimination, in fact, many brands have been trying, citing two small editors like coca-Cola case.

In the film, teenagers from all over the world gather at a top of a mountain in Italy and sing "I'd like to buy the world a Coke" in a plain voice, expressing Coca-Cola's wish to be the same in the world and bringing joy to more new friends.

【2】In 2015, Coca-Cola launched its "This Ramadan, Remove Labels Ramad thisan" campaign, which called on people to put aside stereotypes and prejudices and look at the world with their hearts.

Leaving only a white ribbon on the new packaging of a logo-free can of Coca-Cola, which can both symbolize the traditional headpiece of Muslim women and a classic reservation to the lines of Coca-Cola's curved bottles, makes it clear at a glance that it is Coca-Cola. The bottle also has a line that says,"Only on the jar is labeled, and people shouldn't have it (Labels are for cans, not for people). "

Do you thinkIs the playful ad suspected of racism?

All the other fakes are skunks! 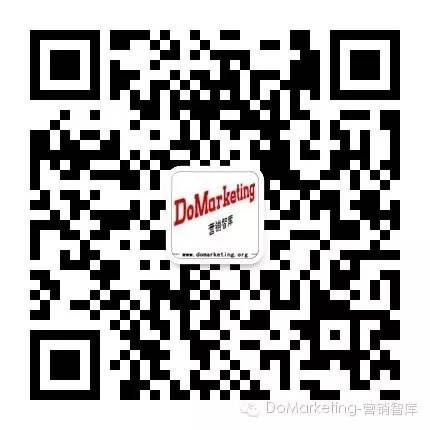 Sharing is the greatest appreciation.

1/3
Read
Synchronized to take a lookWrite down your thoughts.