YouTube counts what features are we're willing to see in ads?

Good advertising is not just a celebration of creativity,It also allows people to see the advertising industry, as well as the changes in society.A good ad should be an attractive one on any platform.

The hundreds of ads come from every month of 2015 - since 2011, YouTube has posted the 10 most-watched monthly ads each month, and at the end of the year it's summed up the top 10 most viewed ads.

The most-watched ad of the year came from the mobile game Clash of Tribes, which received 82 million views, while Hyundai Motor of Korea came in second with 69 million views, and brands such as Samsung, Budweiser, Adidas and Always also have a place on the list. Many of them are also regulars on the list over the years.

An interesting fact is that even the last ad on this year's list has 30 million views, easily surpassing the number one ad on the list in 2012, with a difference of 10 million.

Be aware that these top ads aren't pre-streamed or interstitial in YouTube videos. Instead, they are all individual videos that stand out from the page. That is, people are willing to click on these pages and watch these ads that are between 3 and 4 minutes long.

Anyone who has seen the American play Mad Men knows that one of the most popular criteria for don Draper, the play's lead character, is that advertising is based on happiness - if an ad connects an audience to happiness, it's a successful ad.

This rule is still alive today, except that the boundaries of "happiness" have been widened indefinitely - it's no longer literal, but more like a value you identify with.

Take some of this year's most popular video ads: Always's "Like a Girl," which promotes the elimination of gender bias, Budweiser's "Lost Dog," celebrates friendship, dove's "Telling beauty" and resists cold-blooded violence on the internet. These ads are popular not because of how clever their ideas are, but because their thrust is closely aligned with the values that consumers share. 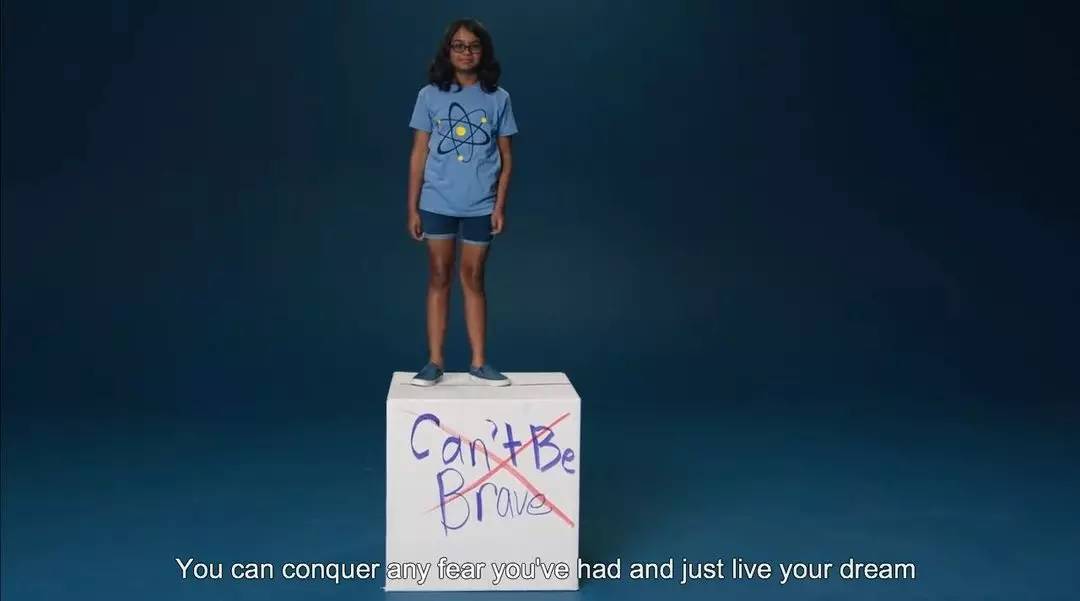 Who would refuse to talk to values they identify with?

Of course, values are one thing, and advertising creativity is another. Creativity is still the most important criterion when judging the merits of advertising.

These high-click ads are certainly very creative, and we wanted to see what they could tell us besides good ideas, so we pushed this time period forward for another three years.

The 10 most watched YouTube ads of the year (40 in all) have been sought after on YouTube for the past four years, but YouTube itself has not produced these quality ads - YouTube has just extended their lives and vitality. A good ad should be an attractive one on any platform.

We have many more discoveries, which are summarized below. If you're interested in knowing which 40 ads have made "crooked nuts" look and see over the last 4 years, you can find links at the end of the article.

And the Super Bowl.

Over the past few years, many of the ads that have been shown over and over again on YouTube have also appeared in the Super Bowl live (in the form of a 30-second litup). In 2012, half of the top 10 ads on YouTube were for the Super Bowl.

The Super Bowl, the NFL's annual championship game, takes place every Sunday between the end of January and the beginning of February. Its topic and popularity in the United States is equivalent to the status of "Spring Festival Evening" in China. But as a high-profile sporting event, the ratings are much higher than our Spring Festival evening gold content, so its advertising spending increases every 30 seconds every year.

Some people jokethat that there are two kinds of people watching the Super Bowl. One is to seriously watch the game, one is to seriously really look at the advertisement. Each year, about 50 to 60 ads appear during the Super Bowl live broadcast, all of which are expensive. In 2012, the advertising price was $3.5 million per 30 seconds, and by 2016 that number had risen to $5 million (more than 30 million yuan). 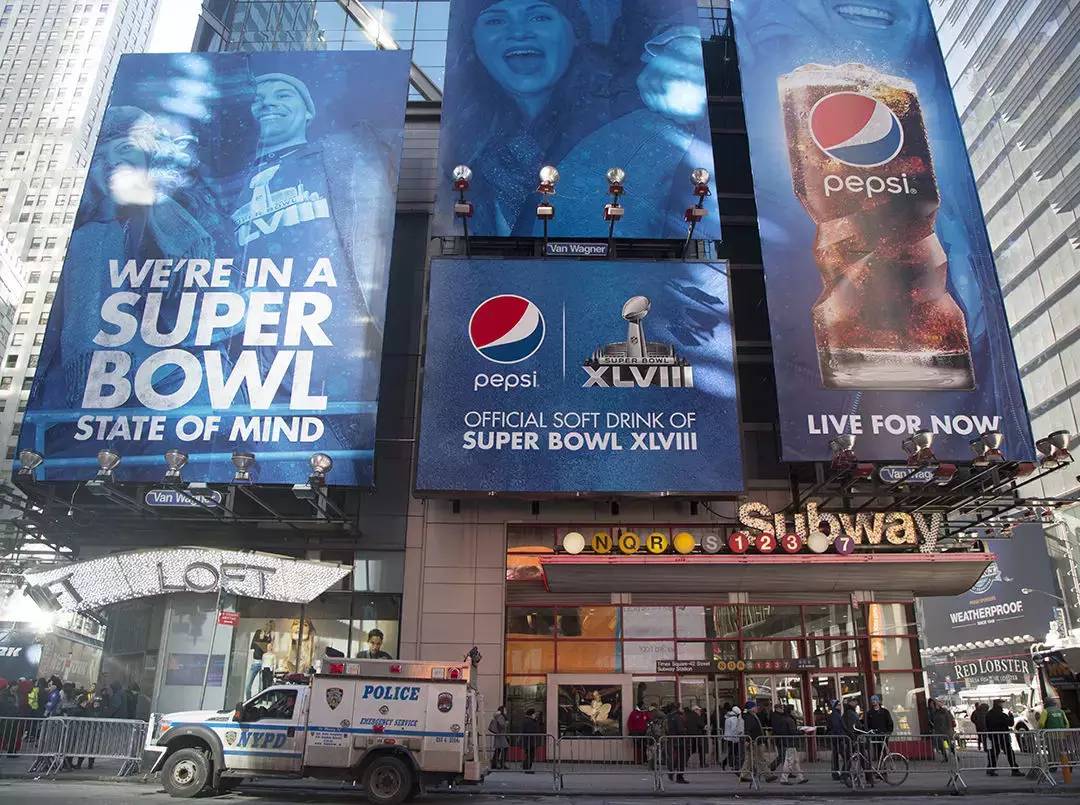 As the event is in its early years, advertisers have placed a marketing tone for the brand over the coming year by casting ads on the Super Bowl. In addition, the Super Bowl has high ratings and influence, so the ads placed on the gap between the events are also the brand in a single day can reach the peak of exposure. That's why advertisers are willing to spend millions of dollars in exchange for just 30 seconds of exposure.

That's why the brand's ads for the Super Bowl are mostly expensive and well-filmed. From this perspective, the popularity of Super Bowl ads on YouTube makes it understandable: if the biggest ad of the year doesn't grab consumers' attention, it's really a matter of reflection.

Sometimes it doesn't save bad performance.

The 40 most viewed ads on YouTube over the past four years, although there are also things like GoPro, Pou-pourri (Air Freshener brand),fanpage.it(Italian news site) and other young companies, but most of them still come from the automotive, fast-cutting, clothing and other industries of the giants. Of these, 9 ads came from automotive brands (Volkswagen, Audi, etc.) and 15 from FMCG brands (Dove, Pepsi, etc.).

The single-brand list edgy was Nike, with four of the 40, Volkswagen, Samsung and Budweiser in second place with three ads, and Audi, Always and Pepsi coin were two each.

It is worth noting that in addition to Nike, other brands, including Volkswagen, Audi, Procter and Gamble, PepsiCo, Samsung and Budweiser, have experienced slow or negative sales growth. In terms of the performance of the year after the brand advertising, these ads also did not play a big role. 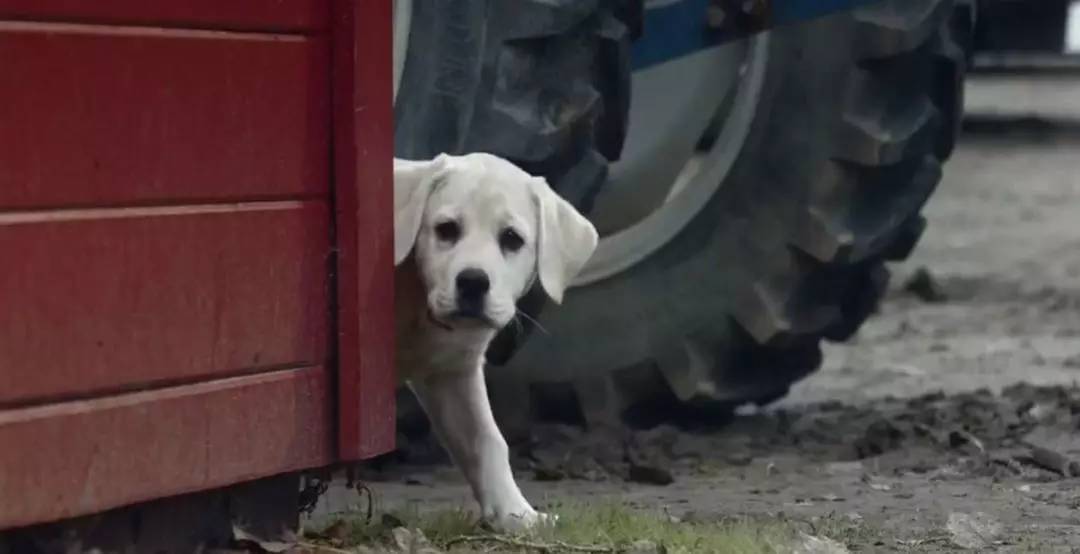 Perhaps consumers are smarter than ever: they may share the values that brands present in advertising, but they are pragmatic in actually choosing products. The best example is the scandal-plagued Volkswagen, whose global sales fell 1.5% year-on-year in the first three quarters of 2015, despite its advertising appearing on the list of favorites three times in the past four years.

This also proves a point: again high-quality advertising can only be the icing on the cake for the product, want to rely on it in the snow to send carbon? Difficult. And YouTube's ad list is nothing more than a magnified fact.

The Voice of Advertising Creative Companies

Advertising creative companies from the West Coast are slowly taking the spotlight on Madison Avenue.

In the past four years, W-K, 72andSunny, and Deutsch LA have contributed the most ideas to the 40 most viewed you on YouTube, with seven, three and three, respectively. The three creative companies have one thing in common: deutsch is based on the West Coast (Deutsch is based in New York, but the advertising idea on the list comes from its Los Angeles company).

The most representative is 72 and Sunny, which was founded in 2004. The Los Angeles-based creative company became AdAge and Adweek's Creative Company of the Year for two consecutive years in 2013 and 2014. Its most famous idea comes from a collaboration with Samsung Galaxy smartphones, "The Next Big Thing Is Coming" ( Next Big Thing Is Here. In this 2012 ad, 72 and Sunny made a mock-up of Apple's phones, and its creativity made the ad a hot topic on the Internet. 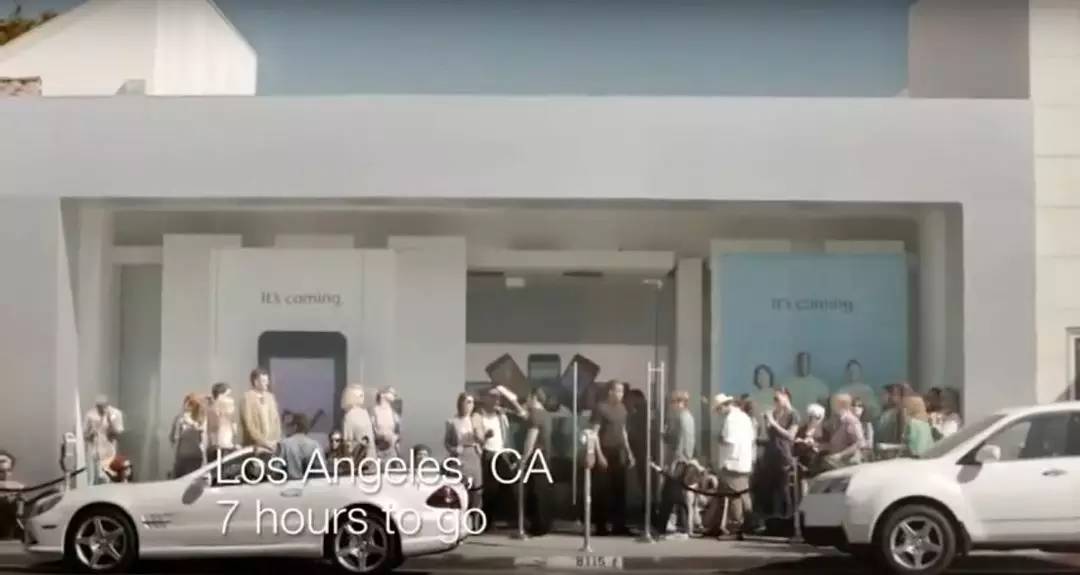 Earlier this year, Adidas handed over its global creative business to 72 and Sunny, and Ryan Morlan, vice president of brand communications, said one of the reasons for choosing 72 and Sunny was to fancy the idea it had made for Samsung. The choice proved to be the right one. Because just this year, for the first time, Adidas's ads are on YouTube's annual advertising chart, and the idea comes from the company.

Seventeen years ago, TWBA and Chiat Day and Deutsch pioneered the opening of offices in the Playa Vista area of Los Angeles, and in the years since then, more and more advertising creative companies have come to the more liberal West Coast, where the Playa Vista they gather is now known as". Madison Avenue in Los Angeles." 72and Sunny's Los Angeles office is also located in this area.

The rise of West Coast advertising creative companies is no accident. Technology has fundamentally changed the way brands and consumers interact: when YouTube emerged, the vitality of television advertising was almost permanent, and consumers began to retweet brand ads as many times as they did in TV skits; In the past, they might have only had to deal with a few national newspapers, magazines, mainstream television stations and radio stations, but now they are dealing with a long list of media and social platforms from the Internet.

In the first year after the 2008 financial crisis, total advertising spending by the 100 largest U.S. marketing spenders fell 10.2% year-on-year, the largest decline in history. In the same year, U.S. auto sales fell by more than 1.3 million vehicles, and General Motors and Chrysler declared bankruptcy. Meanwhile, GM in 2008Ad spending down 14.9% YoYFord's advertising spending fell by more than 28%.

In 2012, the U.S. economy recovered. The first to feel this "spring river plumbing" is the automotive industry.

This year, three of the top seven companies with the highest annual advertising spend in the United States were car companies and one was an auto insurance company. In the same year, car companies accounted for five of The 10 ads you watched last year on YouTube.

In the years that followed, car advertising remained a regular in YouTube's annual ads, but the number of occurrences was largely stable between 1 and 2: when the economy didn't have big ups and downs, the auto industry certainly didn't need to be too bluffy. 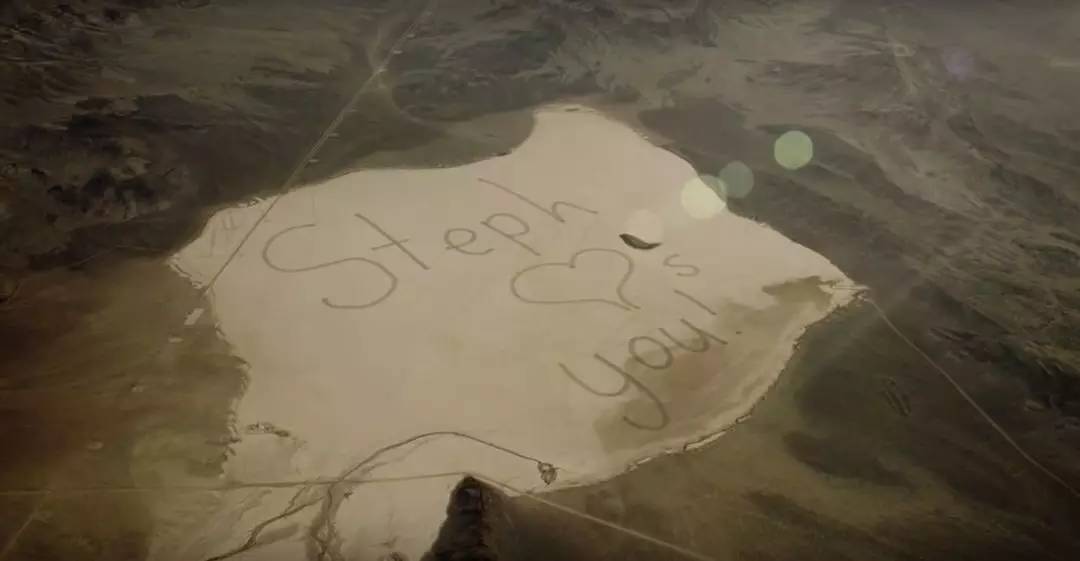 Screenshot of Hyundai Motor's "A Message to Space" ad

Interesting thing to say: In 2012, Honda made an ad called "Matthew's Day Off", which ranked fifth on That Year's YouTube Heat. The ad found Matthew Broderick, the lead character in the movie Ferris Bueller's Day Off, and asked him to restore the scene from the film. Because of the effort, many American viewers mistook the ad for "Spring"Day is not the trailer for the sequel to Reading Day.

The most viewed YouTube ad of 2015, Clan of Clans "Revenge":

Nike "Winner Day" in the most viewed YouTube ad in 2014

What skills do you need to be an executive in a startup?

How to "do well" young people?

Besides the red envelope, what else can you use to catch someone else's heart?

Winning Together is !—— to win with latitude and latitude

Are you still bothering with hiring? You used all ten of these methods?

O2O: No one is more powerful than gentle treatment

Why do you try your best, but often don't build anything?

How the cowman spends each day efficiently (with itinerary attached) 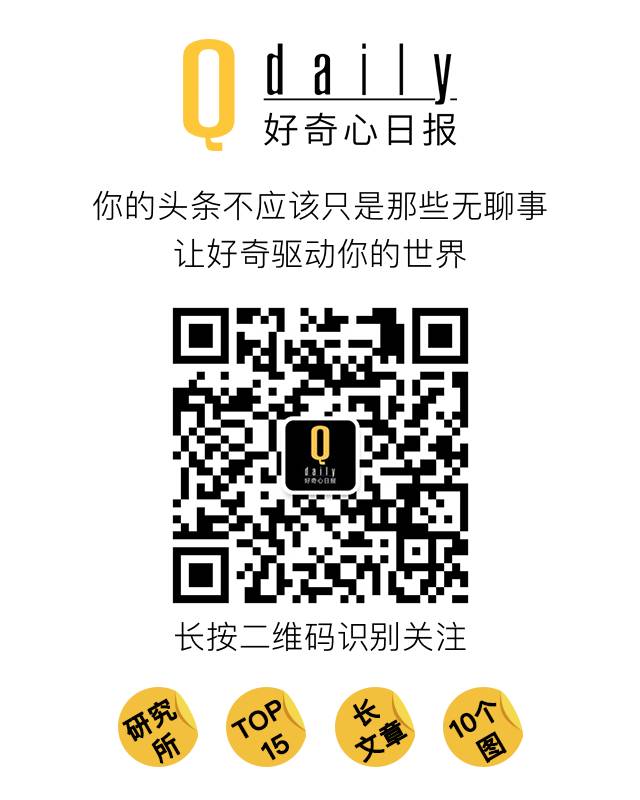 This is the "latitude and low-key sharing" column of Latitude Ventures, we are here to chat with you about business, life and dreams.

相关Read
更多文章
微信扫一扫
使用小程序
Cancel 允许
Cancel 允许
知道了
确定
SHARE ON TwitterRedditTumblrEmailBufferLinkedInPin It
YouTube's most popular ads of 2017, why are they so hot?
Look at 75,000 YouTube ads and learn two lesson